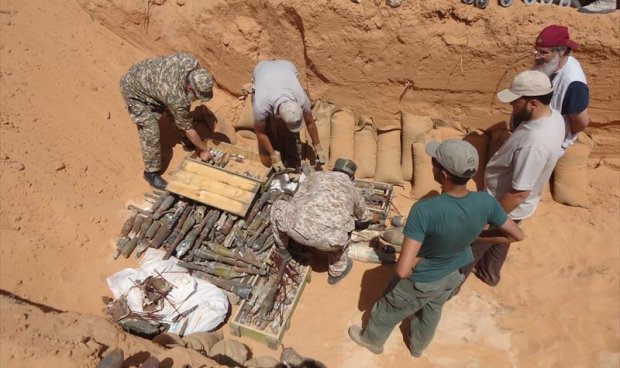 The Algerian Ministry of Defense announced today the discovering of a weapon cache allegedly belonging to terrorists in Tarat town, border with Libya.

During the clearing operations near the border strip, the army destroyed a mobile munitions’ depot, near the neighboring city of Batna.

Border ManagementInternational Relations and CooperationSecurity Situation
All
2018-04-23
asaeid
Previous Misrata and Tawergha expect to reach agreement on the return of Tawergha IDPs
Next U.S. Congress calls for a greater role in Libya