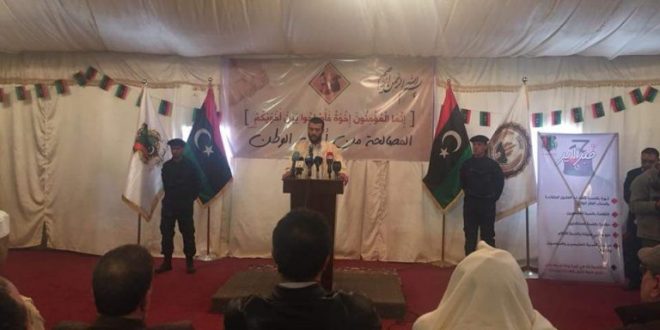 A delegation representing the leadership of the city of Misrata arrived in the city of Zintan yesterday for reconciliation talks.

The two sides were in opposition in the 2014 Tripoli militia fighting that led to the political split of the country and the burning down of Tripoli International Airport. Zintan were seen as supporters of the House of Representatives, Khalifa Hafter and the Libyan National Army while Misrata were seen as supporters of the outgoing rump of the General National Congress and its ‘‘Islamist’’ coalition.

After their meeting both sides issued a joint 6-point communique: