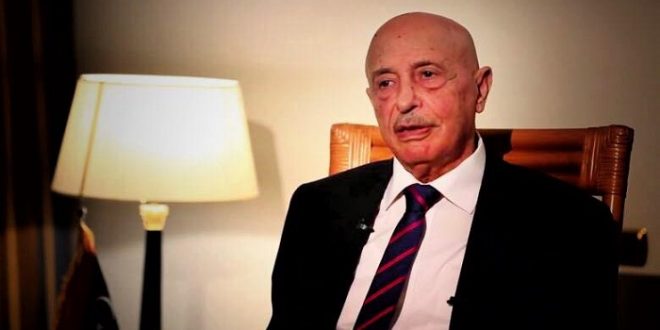 “We do not have enough time to make changes to the political agreement or to form a new government, and the closest exit is holding elections next September,” he said.

Salih explained that there is an international trend which supports holding the elections in Libya as a way to solve the crisis, adding that the UN envoy to Libya, Ghassan Salame told him that all polls in Libya confirm the Libyan citizens’ desire to hold elections.

He explained that the House of Representatives will commission the Election Commission to prepare for the election and give people the opportunity to prepare and run.

Libyan military commander Khalifa Haftar, however, downplayed the need to hold elections in the war-torn country. He said only the army can guarantee a happy life for Libyans.

Haftar, 75, is the dominant figure in eastern Libya and has long been seen as a likely contender for power nationally. He heads the Libyan National Army (LNA), a force aligned with a government based in the east which has opposed a rival, internationally backed government in the capital, Tripoli.