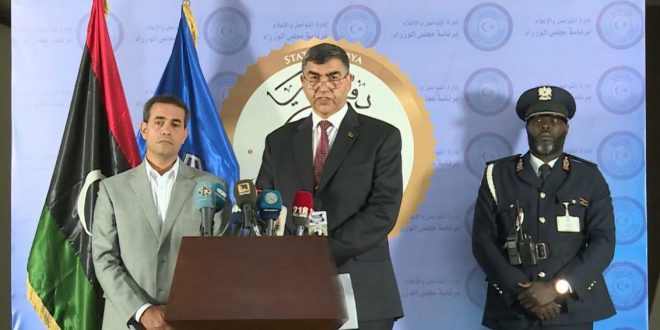 The Chairman of the Libyan High National Elections Commission (HNEC) Emad Al-Sayeh has assured all Libyans that the data of the voters is safe and secure.

Al-Sayeh said in a joint presser with the Government of National Accord’s Interior Minister Abdelsalam Ashour in Tripoli that the attack did not damage any if the data of the voters’ registration of the HNEC.

He also said that the “terrorist attack” will never get in the way of holding elections in Libya to end the transitional phase and the crisis of the country.

Meanwhile, the Interior Minister reiterated the need for ending terror and armed conflicts, saying the security personnel have taken full control of the situation and handled the attackers.