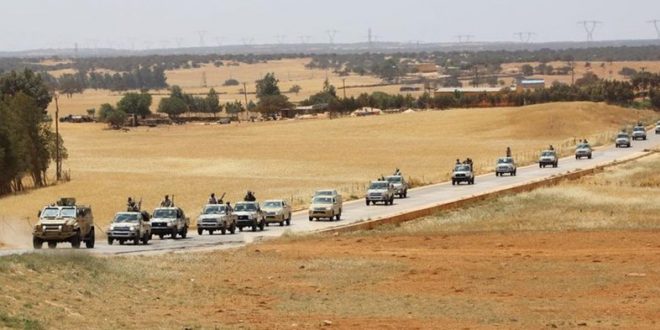 Over seven fighters were killed from Operation Dignity militias in eastern Libya as they clashes with the Derna Shura Council fighters in Heela and Dahar Al-Hamar front lines.

The spokesman for the council Mohammed Al-Masnouri told reporters that their fighters foiled the attack by forces of Khalifa Haftar’s self-styled army and killed seven fighters, leaving several wounded.

Meanwhile, Ahmed Al-Mismari, the spokesman for the Operation Dignity, said that their forces are preparing for advancing on Derna “to liberate it from the terrorist and Al-Qaeda fighters.”

Derna has been under an encirclement by Operation Dignity forces for over two years, with the siege tightening in last August disallowing the resident h needed services and basic foods and goods, as well as medicines.