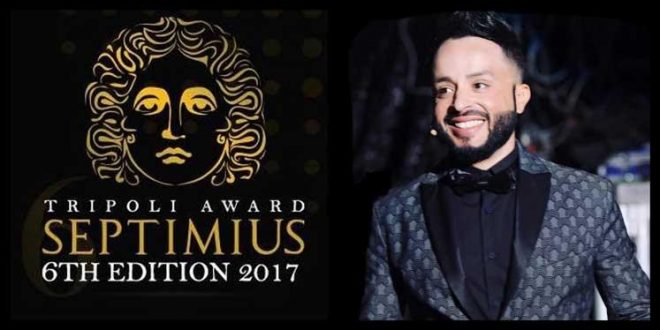 An armed group linked with Libya’s internationally recognized government arrested two organizers of an annual media award in Libya on April 29, 2018, Human Rights Watch said today. The reasons for their arrests remain unknown, and their families have no access to them.

According to a friend of the two men who spoke with Human Rights Watch on May 6, the Special Deterrence Force (SDF), linked to the Interior Ministry of the Tripoli-based Government of National Accord (GNA), arrested the two men at different locations on the same day. The friend said the group arrested Suleiman Qashout, a prominent TV anchor and chair of the Septimus Award’s board of directors, at around 10:30 p.m. while he was with Qashout at a café in Tripoli’s Hai Al-Andalous area. He said the two were waiting for Mohamed Yaacoubi, director of the award, who had apparently been arrested earlier that day by the same force. A relative of Qashout who spoke with Human Rights Watch on May 2 and 6, said the armed group provided no warrant or legal justification for the arrests.

“Libyan authorities should release the two men immediately unless they can show an arrest warrant and a legitimate basis for their arrest,” said Hanan Salah, senior Libya researcher at Human Rights Watch. “Otherwise, this looks like yet another example of armed groups detaining journalists and media professionals to harass and intimidate them.”

Media reports said that a spokesperson for the armed group confirmed the arrests and denied that they were related to the media award. Human Rights Watch spoke on May 2 by phone with another friend of Qashout who said that Qashout had received several warnings before and after the 2018 award ceremony, which took place on March 28. Qashout’s relative said that the SDF had warned Qashout against organizing the award. The relative speculated that the SDF might have targeted the men because of the nature of the award ceremony, where men and women mingled and some women wore clothing that the armed group perceived to be against social values.

According to Qashout’s relative, on April 30 the SDF summoned the families of both men to the group’s headquarters and main detention facility in Mitiga military base in Tripoli. They confirmed the arrests and allowed a relative of Yaacoubi to visit him, but gave no further information. According to Qashout’s relative, the family has not heard from Qashout or seen him since his arrest, and has had no further communication with the SDF since then.

The Septimus Award has been given annually since 2012 to Libyan media professionals, singers, and actors in a ceremony in Tripoli. It is sponsored by media groups and supported by the Government of National Accord’s Ministry of Culture and Civil Society.

Central authority in Libya has collapsed amid armed conflict and insecurity since 2014. Key institutions, most notably law enforcement and the judiciary, are dysfunctional or have stopped working in most parts of the country, creating an accountability-free zone for armed groups. Several armed groups, including the SDF, nominally operate under the GNA’s Interior Ministry. But the authorities appear unable to rein in these groups or to hold their commanders to account for abuses.

Journalists and media workers in Libya are frequently victims of physical attacks, threats, harassment, disappearance, and arbitrary detention by armed groups, some of which are affiliated with one of the two governments vying for legitimacy. Many bloggers, media workers, and journalists have fled the country, in particular since the outbreak of hostilities in 2014.

The Libyan Center for Freedom of the Press (LCFP), which monitors and reports on violations against journalists and restrictions on the media, says that media workers rarely file police complaints about mistreatment by armed groups for fear of reprisals, which fuels self-censorship.