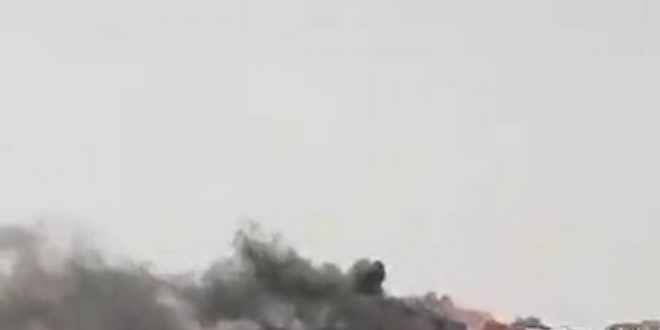 The National Oil Corporation’s (NOC) Brega Marketing Fuel and Gas Crisis Committee announced that fuel smugglers’ sites on the Libyan Tunisian border have been struck by the Libyan Air Force. These strikes come after the Committee had announced earlier this week that it had concluded its survey of fuel smugglers’ hideouts in southern Libya.

The Committee also revealed that 105 petrol stations in western and southern Libya had been shut down and would no longer be supplied with fuel. It said that the managers of these petrol stations were referred to the Attorney General’s Office for further legal action.

Brega inspection teams were continuing their tours of petrol stations, identifying petrol stations which were closed and were selling their fuel supplies onto the black market, the Committee explained. Other petrol stations were put on watch lists for close monitoring of their operations, it added.

At the end of April, the Committee had announced the conclusion of its survey for western Libya. These come as part of the NOC’s anti fuel-smuggling initiative launched on 23 April. The Libyan Air Force had also announced its support for the NOC’s anti fuel smuggling drive on the same day.

In a statement announcing its support, the Presidency Council-aligned Air Force warned that it was in full support of the Sanalla initiative to end the phenomena of fuel smuggling, and that it had commenced its operations on the Libyan-Tunisian border. It warned smugglers to keep away from its area of operations on the border region.

Launching the initiative, the Fuel and Gas Crisis Committee had said ‘‘All Libyans must have solidarity and cooperation in support of the National Oil Corporation to stop the bleeding that is causing the country’s economy to lose more than 750 million dollars per annum’’.