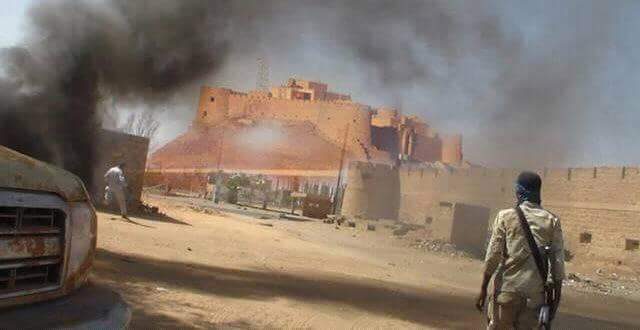 Rival tribes in Libya’s southern city, Sabha, fought for the control of an ancient hilltop citadel that overlooks Sebha, a region known for its smuggling routes, since late Friday and the fighting got intense on Saturday with Tubu tribesmen announcing taking control of Awald Sulaiman tribesn’s locations.

The fighting is pitting the Arab Alwad Suleiman tribe against the Tubus, who are repeatedly accused by their detractors of including foreign fighters, namely from Chad, in their ranks.

Since the beginning of May more than 31 people have been killed and 121 wounded in the tribal clashes, a medical source said speaking on condition of anonymity to the Associated Press.

The UN mission in Libya UNSMIL has repeatedly expressed concern for the escalation in fighting.

A statement posted on its Twitter account late Saturday said UNSMIL is “deeply disturbed at the most recent escalation in Sebha”.

It said it deplored the death of “some civilians” in the clashes and called on both sides to observe restraints.

Prime Minister Fayez al-Sarraj has also called for a ceasefire in Sebha.