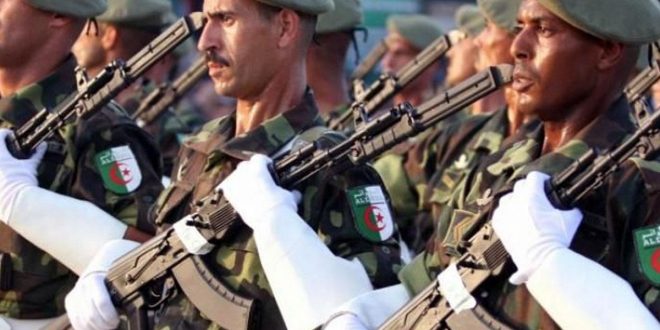 The Algerian army has carried out a drill with live ammunition near the border with Libya to simulate countering a non-conventional attack, the Anadolu Agency reported.

The Algerian Defence Ministry said in a statement that the “tactical, live ammunition” exercise was conducted by a number of ground force units that were supported by helicopters in the south-eastern area of Djanet, around 80 kilometres away from the Libyan border.

Chief of Staff Gaid Salah, who supervised the exercise, was quoted in the statement as saying that it aims at “enhancing and following up on experimental field work so as to guarantee coordination and harmony of efforts, along with efficiency in carrying out assigned dynamic tasks.”

The drill also tests the Algerian forces’ combat readiness, as well as its equipment and the personnel’s ability to use it, the chief of staff added.

This is not the first drill carried out by the Algerian armed forces in border areas with Libya. Between 2015 and 2017 the army conducted three such exercises.

The Algerian-Libyan borders have been closed since May 2014 due to security threats as a result of the unrest in Libya. Authorities fear militants will cross the border and arms could be smuggled in to Libya to help fuel the violence in the country.