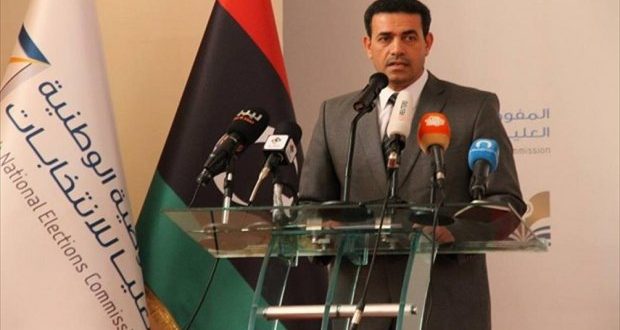 Libya’s electoral commission to be protected by Presidential Guard

The head of the High National Elections Commission (HNEC) Emad Sayeh revealed that the Presidential Guard was officially commissioned by the Presidential Council to secure the HNEC headquarters in Tripoli.

In a press statement Sunday, Sayeh pointed out that the Presidential Council allocated two million Libyan dinars for the maintenance of the headquarters of the HNEC, clarifying that a committee of engineers is preparing a report on the damage caused to its building in order to resume work as soon as possible.

The headquarters of the High National Elections Commission was targeted by a terrorist attack earlier this month, leaving several casualties between dead and wounded.