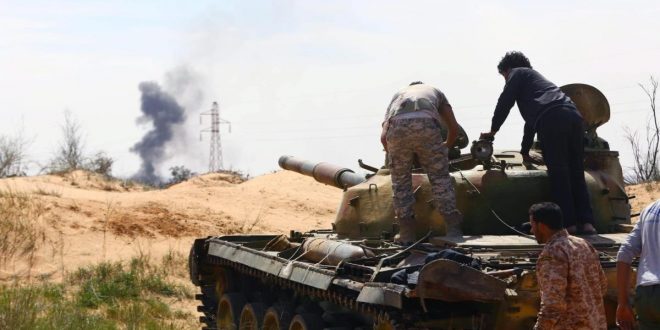 Derna Shura Council (now named Derna Protection Force) has announced that about five of its fighters have been killed and others have been wounded in renewed clashes with the self-styled army of Khalifa Haftar.

The force said the clashes renewed on the Hilah and Dahar Hamar frontlines, where Haftar’s forces are leading a land attack to advance on the city, according to local media.

Meanwhile, local media also said that Gubba Hospital received deaths and injuries from the forces of Khalifa Haftar, adding that there had been airstrikes on Tuesday afternoon by foreign Air Force, saying it could be from the UAE.