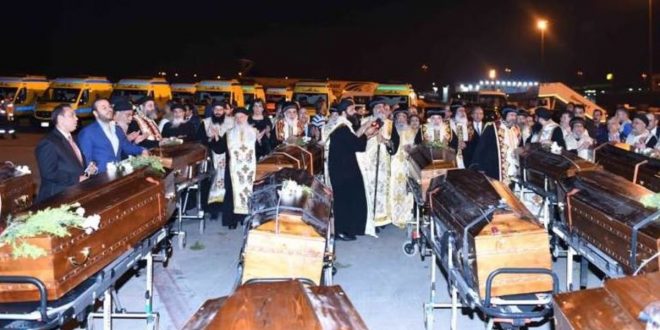 Libya yesterday informed Egypt that it will return the bodies of 20 Christians who were killed in 2015 by Daesh in Sirte, a Libyan security official said.

The official said that the bodies will be flown from Libya’s western city of Misrata to Egypt.

In October, Libya announced the discovery of the bodies of 21 Christians – including 20 Egyptians and a Ghanaian – who were beheaded by Daesh militants.

In February 2015, a Daesh-affiliated website posted a video displaying gunmen executing 21 Egyptian Christian workers who were kidnapped in December 2014.