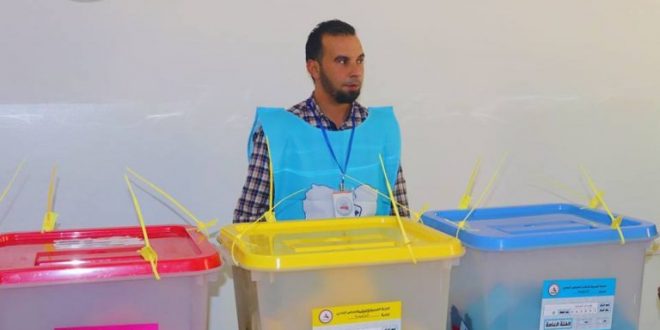 There were three different voting categories. There were 20 candidates in the general category, 5 in the Special Needs/Ex-fighters category and 4 in the women’s category.

The CCMCE said that there will be a day period for appeals to it before its final results are confirmed. Thereafter, appeals must be directed to the courts.

The last municipal council elections took place in Zawia in 2012. They were supposed to take place in 2017, but the political split and lack of security meant they were delayed.

Nearly a hundred other municipality elections are supposed to have taken part across Libya by now as their terms have technically expired, but again the political split within the country and insecurity has led to their delay.

In eastern Libya, elected municipality heads have been replaced by military appointees by the Hafter / House of Representatives.

On the other hand, Libya is in theory supposed to be holding a general election ‘‘before the end of 2018’’. There are those who argue that local municipality elections should be completed prior to the holding of a general election.