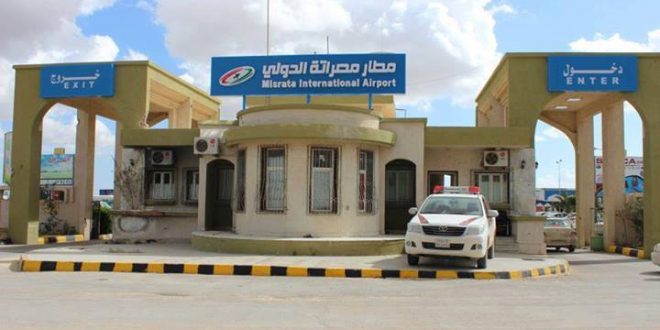 Misrata airport was abruptly shut down yesterday after a group of militias stormed the airport’s customs office and stole about two million euros.

The Euros had been ceased earlier by airport customs officials after being discovered on the head air steward of an Afriqiyah airliner destined to Istanbul. The amount of currency that can be taken out of Libya is officially US$ 10,000, although Mitiga airport has at times enforced a US$ 5,000 for those not flying for health treatment.

Reports say that 7 militias forced their way into the customs office before making a hasty departure with the seized Euros.

As a result of the incident, airport officials stopped working, lead to the shut down of the airport. All flights have now been diverted to Tripoli’s Mitiga airport.

Reports say that all the militias that carried out the heist are known to officials in Misrata. A number of social media sites have named the militiamen.