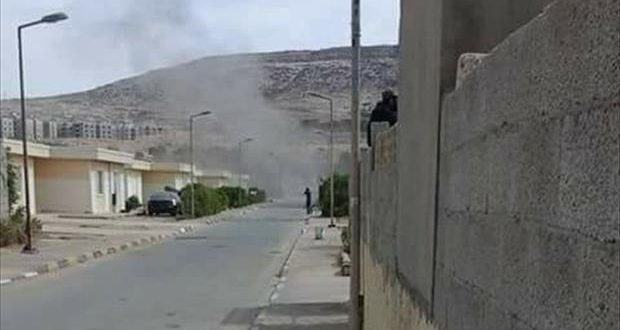 Since the latest escalation of armed conflict in Derna on 15 May, health sector sources report that at least six civilians have been killed and 14 injured, including one child, the UN Office for the Coordination of Humanitarian Affairs for Libya(OCHA) reports.

It says that some 300 to 500 families have reportedly been displaced from Al Fatayih area (east of Derna city), to Derna city as a result of the renewed conflict.

Since mid-April, conflict has intensified in Derna following statements of an imminent large-scale offensive by the Libyan National Army (LNA). As fighting appears to be intensifying and approaches populated areas protection of civilians concerns are significant, it said. However, it said that people are reportedly able to enter and exit the city.

But the UN report says humanitarian access to Derna is severely limited and humanitarian supplies are awaiting approval to enter. The most urgent needs are in the health sector. If closures remain, humanitarian needs will increase, it added.

The report says that tightened encirclement and closure of Derna, imposed by the Libyan National Army (LNA), has been ongoing since July 2017. Periodic escalations of armed conflict occur, as witnessed since mid-April when the LNA announced it would start a large-scale offensive against armed groups in Derna. On 14 April, the LNA started to make advances towards Ain Mara in western Derna. Since that time, airstrikes, shelling, artillery fire and fighting between armed forces has been ongoing.

The main areas of clashes have been Al Hila (south of Derna city), al Fatayih (east of Derna city), and Saida Khadija, Ain Mara in the west and Dhar Al Hamr to the south-west, encircling Derna city from all sides. However until 15 May, fighting was contained to areas with few civilians. This resulted in one civilian death on 8 May and temporary small-scale displacement (30 households) earlier in May, as well as livelihoods damages. Multiple casualties occurred among armed forces, the report explained.

As the escalation of armed conflict intensified on 15 May, there are unconfirmed reports of six civilian deaths, including one child, and 14 injured, as well as at least 47 casualties among armed forces. Damage to civilian homes as a result of airstrikes is also reported. The armed conflict is reportedly approaching the populated areas and Derna city itself, particularly from the south.

Some 300 to 500 households are reported as displaced from Al Fatayih area and have moved closer towards Derna city. More displacement is anticipated towards the city and inside Derna city if the clashes were to move to inside populated areas. It is anticipated that many people would not attempt to leave Derna city due to security concerns and for economic reasons. People have, on several occasions since mid-April, received messages to leave and avoid the areas of ongoing clashes.

It is reported that people are able to enter and exit Derna, but checkpoints and roadblocks are in place. In previous escalations, such as in October 2017, residential areas were hit and civilian casualties occurred. Delays in the evacuation of casualties; delays at checkpoints for urgent medical referrals; attacks on medical personnel and facilities and general movement restrictions have also been reported in the past, hampering people’s access to basic services, markets outside of Derna and financial services.