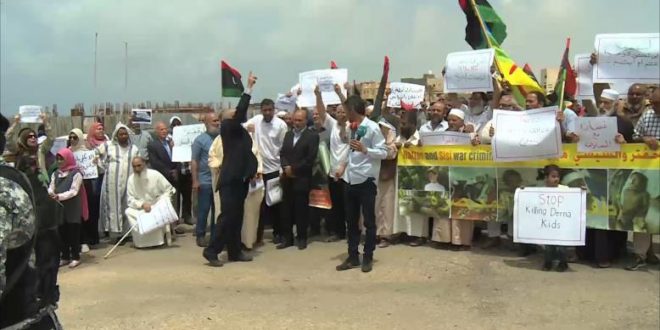 The Council of Elders of Tripoli organized a protest Sunday outside the UN headquarters in Janzour district in Tripoli to express solidarity with the residents of Derna and demanded an end to the air raids on the city.

The representatives of the council met with members of the United Nations mission and demanded the intervention of the UN to put an end to the air raids on Derna.

The UN mission said representatives of the protests met with members of the UNSMIL and handed over a letter to the Special Representative and the Secretary-General, insisting that the protection of civilians must be a high priority for the United Nations.