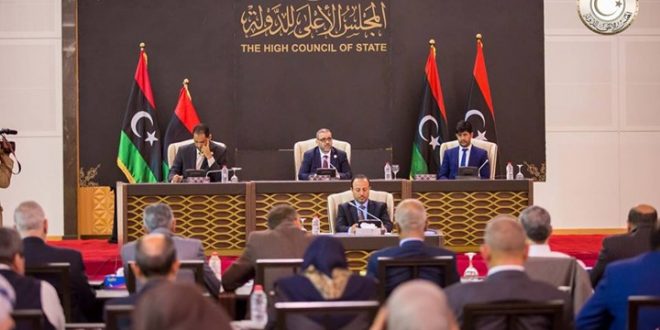 Members of the High Council of State representing the city of Derna Mansour Al-Hassadi and Hassan Esteitah urged the envoy of the Red Cross in Libya to intervene and help to alleviate the suffering of the residents of the besieged city.

Al-Hasadi and Esteitah said in a statement that the city is suffering from the lack of food and basic needs as well as the lack of cooking gas and fuel, which made ambulances unable to transport the patients to the hospital, noting that health services have collapsed due to the interruption of medical supplies and medicines.

Forces of Dignity Operation have been shelling Derna with heavy weapons and warplanes since the beginning of May, after imposing a siege on the city for more than three years.