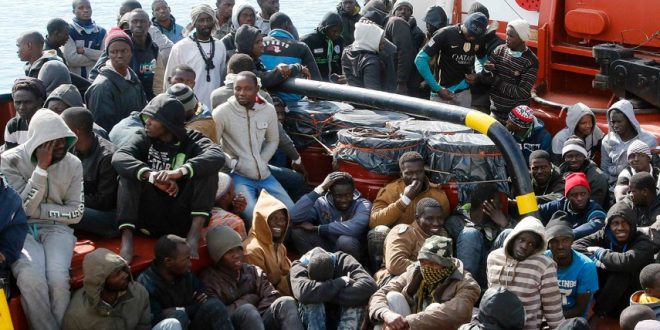 Over 4,600 Migrants Rescued by Italy in Libya Coast

Over 200 illegal immigrants captured in Zuwara along with their traffickers

Zuwara Security Directorate said Tuesday it had foiled an illegal immigration attempt by over 200 illegal immigrants from different African countries, who were arrested in a farm west of the city.

The Directorate confirmed that the immigrants were hiding in bad conditions.

“Those arrested were provided with food, water and some needed medical attention.” It said.

The Directorate pointed out that three Libyan nationals accused of trafficking human beings were also arrested during the raid and transferred to the police station for investigation.