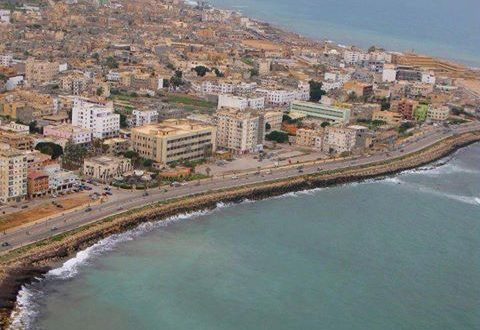 The UN has demanded urgent humanitarian access into the Libyan National Army-besieged city of Derna. The Hafter-led Libyan National Army (LNA) has been fighting what it refers to as ”terrorists” in the eastern city which has been under the control of the jihadi militia, the Derna Mujahidine Shura Council (DMSC) since 2014.

A statement released yesterday by the UN Humanitarian Coordinator in Libya, Maria Ribeiro, said that the humanitarian community in Libya is perturbed by the continued lack of humanitarian access and subsequent assistance into Derna despite repeated requests.

Humanitarian actors have not been allowed to deliver life-saving assistance to Derna such as supplies to support medical facilities and other basic services as well as to provide food and non-food items to those in need. Shortages in medicine and medical supplies are reaching critical levels and the first food shortages are being reported, the UN statement said.

“I call on all parties to immediately allow safe and unfettered access to Derna for humanitarian actors and urgently needed humanitarian goods,” Ribeiro said. “We need to be able to assist people in need without delay to prevent further loss of life”

The continued encirclement of Derna and the escalation of conflict is having a devastating impact on civilians who fear for their lives. Reports refer to at least one child killed and hundreds of families who have fled their homes, the statement continued.

All parties need to meet their obligations under international humanitarian and human rights law and ensure the protection of civilians from attack and their freedom of movement, including facilitating the safe exit of those wishing to leave the city. All parties must also ensure the safety and sanctity of health infrastructure and health workers, the UN statement concluded.

It will be recalled that earlier this month a UN report on the situation in Derna reported that since the latest escalation of armed conflict in the city on 15 May, at least six civilians have been killed and 14 injured, including one child.

It also reported that some 300 to 500 families have reportedly been displaced from Al Fatayih area (east of Derna city), to Derna city as a result of the renewed conflict.

The UN report went on to say that since mid-April, conflict had intensified in Derna following statements of an imminent large-scale offensive by the Hafter-led Libyan National Army (LNA). It also said that humanitarian access to Derna wss severely limited and humanitarian supplies were awaiting approval to enter.

The report further said that tightened encirclement and closure of Derna, imposed by the Libyan National Army (LNA), had been ongoing since July 2017 and that periodic escalations of armed conflict occurred from time to time, as had been witnessed since mid-April when the LNA announced it would start a large-scale offensive against armed groups in Derna.

On 14 April, the LNA had started to make advances towards Ain Mara in western Derna. Since that time, airstrikes, shelling, artillery fire and fighting between armed forces has been ongoing. The LNA is encircling Derna city from all sides.  Armed conflict intensified on 15 May,

The UN had reported that people were able to enter and exit Derna, but checkpoints and roadblocks were still in place, which might delay entry and exit especially for humanitarian reasons.

Humanitarian IssuesSecurity Situation
Derna
2018-05-25
asaeid
Previous ‘He destroyed us’: Haftar renews attack on Libya’s forgotten city
Next The EU response to the Libyan crisis: shallow impact with a short-term vision