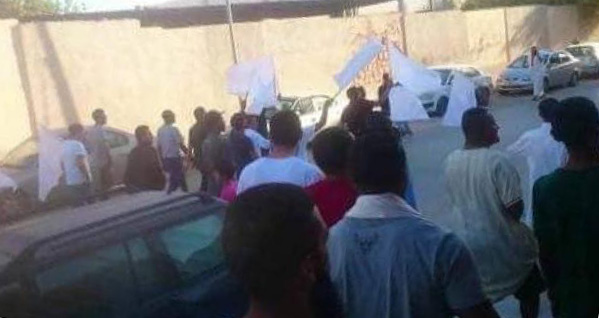 The spokesman for the Special Deterrence Force (SDF), Ahmed Bin Salem, confirmed that the SDF intervened to resolve an armed conflict that took place between Bab Tajoura Brigade and a group of men from Ras Hassan district of Tripoli.

Bin Salem stated in a press statement on Thursday that two residents from Ras Hassan were killed during the conflict.

A number of young men from Ras Hassan took part in a protest demanding that Bab Tajoura Brigade of the Presidential Council leave their location in the district as they have become the cause of many problems, especially the one that took place on Thursday, resulting in the killing of the two young men.

Local sources said the two civilians were killed during a shootout between the brigade and armed men; one of them is wanted for the brigade.

The protesters closed a number of roads before the situation was brought under control by the Special Deterrence Force.