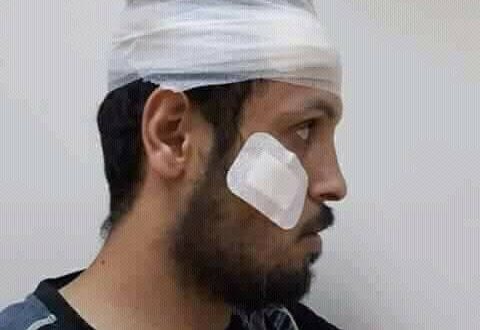 The players and members of Tripoli-based Al-Ittihad took a beating by Benina stadium security personnel and Saiqa Force fighters in Benghazi on Sunday while they were scheduled to play Al-Ahli Benghazi as part of the fourth round of matches at the round-of-four matches of the Libya Football League.

“Rioters backed up by security personnel assaulted the players while boarding the bus en route to Benina stadium. Another group led by Saiqa officer stopped the bus and beat a number of players.” Sources from Al-Ittihad club said.

The attackers accused the players of being terrorists, ISIS affiliates and opposition to Khalifa Haftar.

“The team withdrew subsequently from the match and flew back to Tripoli immediately.” The sources added.

Al-Ittihad Interim Committee condemned the assault – beating and stabbing – by the groups led by Ali Al-Mashay,a Saiqa officer, saying the incident will be probed and the officer as well as the attackers will be demanded to undergo interrogations.

“Libyan Football Federation will receive a full detailed statement of the incident.” The committee said Monday, saying despite all security assurances from Benghazi, the team was under attack.

Al-Ittihad asked the LFF to consider it the winner of the match and to move the remainder of its matches in Benghazi to a neutral stadium over security reasons.