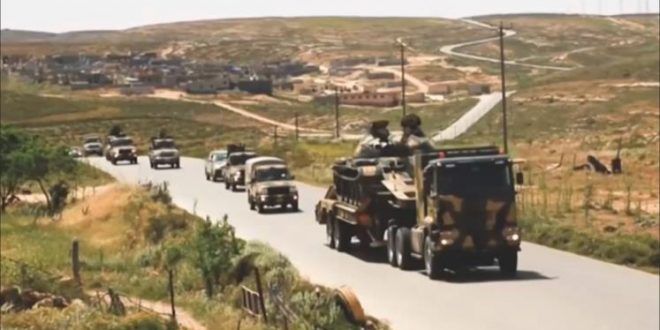 “Army has taken control of the entrance to Derna and five new positions,” the spokesman said on Twitter.

Earlier in May, Haftar announced the start of a military operation to liberate Derna, which has been under siege since the overthrow of country’s longtime leader Muammar Gaddafi in 2011. On May 8, a Libyan military source told Sputnik that the LNA took control of Derna’s eastern districts. Earlier this week, Haftar said that the army was nearing the liberation of Derna.

Derna is located 620 miles to the east from Tripoli and it is controlled by terrorist groups linked to al-Qaeda. Previously, the city was controlled by the Daesh. This city is considered to be the last stronghold of Islamic militants in the east of the country, which is now controlled by Haftar’s forces.

Libya has been in turmoil since the 2011 civil war that resulted in the overturn of Gaddafi. The eastern part of the crisis-torn state is governed by its parliament, with headquarters in the city of Tobruk. The parliament is backed by the LNA, which is engaged in the struggle against militants. At the same time, the UN-backed Government of National Accord (GNA), headed by Prime Minister Fayez Sarraj, operates in the country’s west and is headquartered in Tripoli.