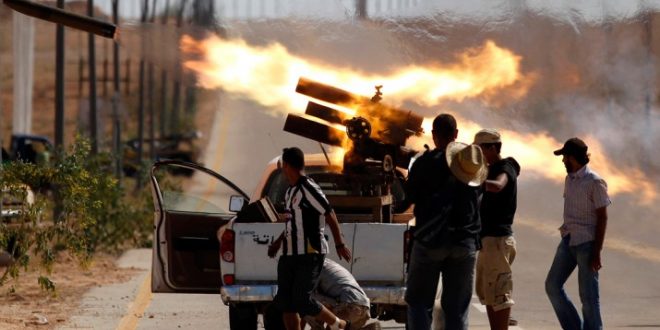 The most powerful brigades in western Libya rejected on Sunday Paris conference scheduled for May 29, saying “the French initiative does not represent us.”

In a letter to the Presidential Council, the High Council of State and the House of Representatives, 13 brigades and military councils called for a real dialogue inside the country that achieves Libyans’ aspirations.

They expressed commitment to the country’s sovereignty and unity, rejecting foreign interference in Libya’s internal affairs.

The statement deplored the initiatives that “aim to reinstate the military rule in Libya,” vowing support to “the civil democratic state and peaceful transfer of power.”

“We urge the UN mission to be impartial toward the Libyan file including protection of civilans.” The statement reads, adding that ending the war in the country is a top priority.