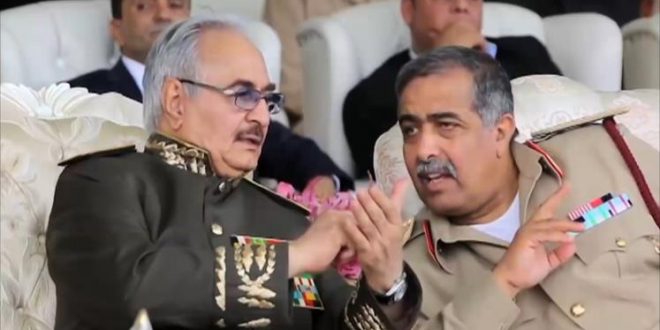 Tens of thousands of Libyan civilians are trapped in Derna living under heavy shelling and food shortages, as fighters loyal to rogue general Khalifa Haftar step-up their assault on the coastal city, the UN has warned.Around 120,000 Libyans are holed up in Derna, which has endured “unprecedented” violence in recent weeks with an increase in artillery and air strikes, the UN report stated.

Egyptian aircraft have joined in the bombing of the city, while shelling has led to the deaths of at least five civilians – including two children – since 22 May.

Electricity has also been cut, compounding the misery for civilians trapped in the eastern city.

“The LNA has announced that it now has control over the city’s eastern and western entrances… and surrounding areas where clashes have been taking place,” the LNA report said.

No aid has entered the eastern city since mid-March, apart from a shipment of kidney dialysis materials and medication earlier this week, Reuters reported.

Derna is held by a number of Islamist militias, including the Derna Protection Forces, formerly known as the Mujahideen Shura Council.

Haftar has made these Islamist militias his main target during his offensives in eastern Libya, along with a separate campaign against UN-backed forces.

Derna is the last city in eastern Libya outside Haftar’s control, following other bloody offensives including on the second city Benghazi.

Early May, Haftar announced a new assault against Derna had started, saying he would rid the city of “terrorists” – a term he applies to most of his enemies.

“The zero hour has struck for the liberation of Derna,” Haftar said, shortly after he returned to Libya following medical treatment abroad.

Haftar was a former ally of deposed dictator Muammar Gaddafi, and led the Libyan military’s doomed campaigns in Africa during the 1980s.

Having been captured along with his troops in Chad, Haftar switched sides and became one of the most high-profile opponents of Gaddafi, living in exile in Zaire and later the US.

Since the outbreak of war in Libya following the fall of Gaddafi in 2011, Haftar has led his own militia forces against Islamist groups in the country with the backing of Egypt and the UAE.

He and other commanders in his militias have been accused of war crimes.