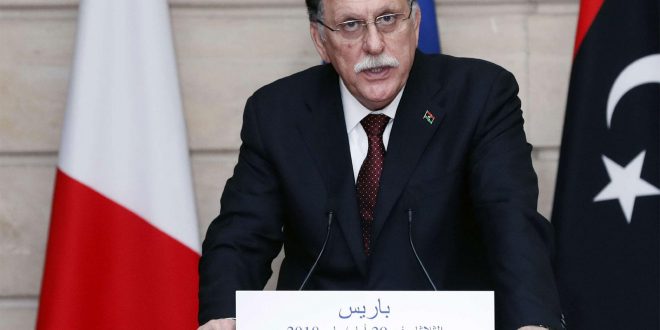 For Abdelhakim al-Saadi, the latest meeting of Libyan leaders plays “like a broken record”, with few people from Tripoli to Benghazi willing to put their faith in new promises.

Doing his shopping in Tripoli’s fish market, which is bustling during the Muslim holy month of Ramadan, Saadi doesn’t want to get his hopes up about his country’s prospects.

“If this conference succeeds in something concrete, I will inevitably know about it because my daily life will change, for the better,” he said.

Speaking after the first meeting of Libya’s rival leaders in Paris, the retired academic remembered the UN-backed deal signed in 2015 which was intended to lead the country on the path to stability.

“The meetings of these (Libyan) politicians, are like a broken record: repeating the same thing that comes to nothing,” he said.

The UN accord was never fully implemented and Libya remains divided between an array of rulers and militias, who have been vying for power since dictator Moamer Kadhafi was ousted and killed in 2011.

“After the euphoria, there was the disappointment,” said Saadi.

Tripoli was represented at the Paris conference by Prime Minister Fayez al-Sarraj, head of the UN-backed unity government, and Khalid al-Mishri who leads the High Council of State.

From the east of the country came Aguila Saleh Issa, the parliament speaker based in the city of Tobruk, and military strongman Khalifa Haftar.

Together they agreed to hold elections on December 10 and accept the results, as well as unify state institutions including the central bank.

As the horse-trading wears on, ordinary Libyans go about their lives, fitting their daily routines around regular power and water cuts and struggling with soaring prices for everyday items.

‘No word on our suffering’

One thousand kilometres (600 miles) east, in the coastal city of Benghazi, Hawwa Abdesaalem al-Aguri waited in line outside a bank.

She harbours little hope that the Paris conference will improve things.

Attendees “didn’t even mention the suffering of Libyans or how to improve their daily lives,” she said.

For Moftah bin Mabruk, a 49-year-old banker, elections slated for the end of the year will matter little if the country’s laws aren’t also updated.

“I was happy to see the different parts getting together in Paris. It gave me a little hope to see them at one table. But one thing I am sure about is that if there is no constitution, I’m not going to vote,” he said.

Grace Berma, 47 and originally from Ghana, hopes bickering leaders can but their differences aside for the sake of her adopted homeland.

“Seeing Libyan leaders get together in Paris was a good thing but watching their faces, none of them seemed to want to let go of what he controls for the sake of his people,” she said.

“Life is more and more risky for us foreigners, especially Africans. We love this country and its people. They have been very good to us and we hope never to be forced to leave because we no longer feel safe,” said the mother of three.

Taking advantage of years of chaos, people smugglers have established Libya as a major transit point for African migrants seeking to reach Europe, with many hopefuls treated appallingly at the hands of gangs and mercenaries.

“Libyans, as well as migrants, do not deserve to live such hardship just because some people are benefiting from this chaos,” said Berma.