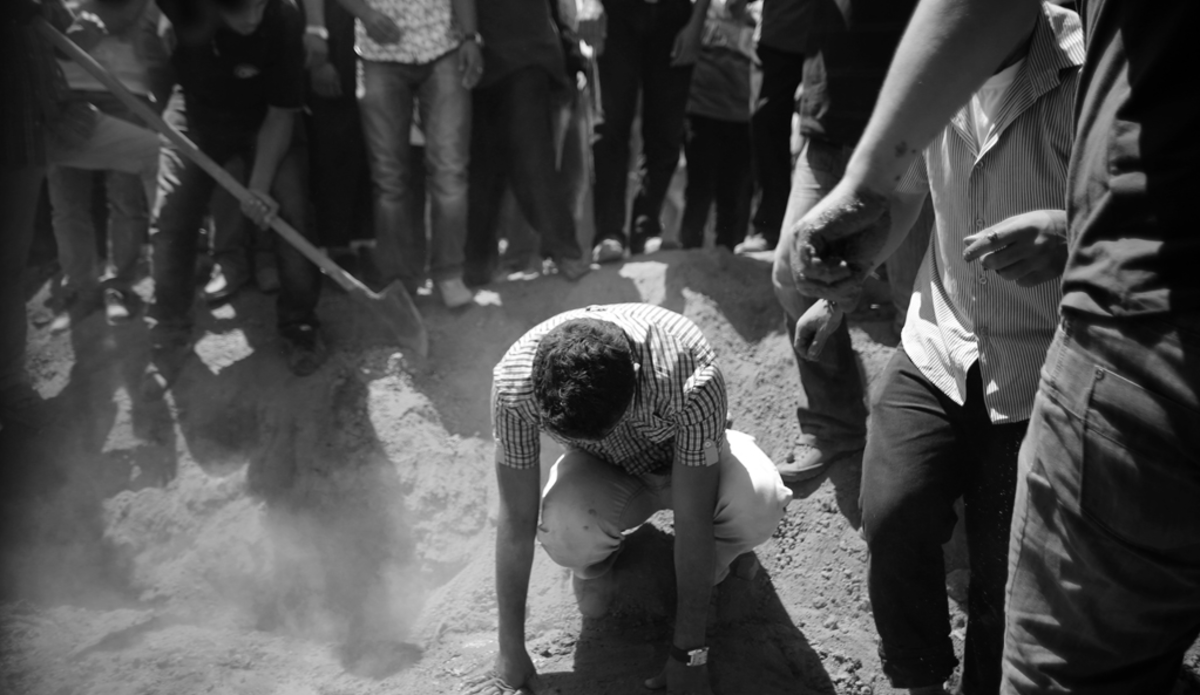 From 1 May to 31 May 2018, the United Nations Support Mission in Libya (UNSMIL) documented 101 civilian casualties –47 deaths and 54 injuries – during the conduct of hostilities, including car and suicide bombings, across Libya. The death toll is the highest recorded by UNSMIL for any month in 2018. Victims included 38 men, three women, four boys and two girls killed and 43 men, three women, six boys and three girls injured.

On 2 May, a Dae’esh-claimed attack on the High National Election Commission (HNEC) headquarters in the Gorgi neighbourhood of Tripoli involving the use of gunfire and explosives left at least 12 men and a woman dead and another six men injured. Victims included HNEC employees.

Armed clashes in Sabha between forces affiliated with the Awlad Suleiman tribe, including the 6th Brigade armed group, and those affiliated with the Tebu tribal forces left five civilians dead and another four injured. Casualties mainly occurred as a result of the use of mortar shells in densely populated areas, as well as sniper fire targeting civilians. On 5 May, a woman was killed by mortar fire in al-Qorda area. On 6 May, a man was shot dead by suspected sniper fire outside the entrance of Sabha Medical Centre. On the same day, two brothers were killed, and their parents injured when a mortar shell hit their house in the area of Hajara. Another boy was also killed in the incident. Also, on 6 May, two men were injured in the shelling of the Thanawiya area.

On 5 May, two boys under 12 were injured by an ERW in Bouatni neighbourhood, while on 6 May, a man sustained an injured when an ERW detonated in Sidi Khalifa. ERWs and other unknown explosives continued to claim civilian casualties in Benghazi. On 24 May, a VBIED exploded in a densely populated neighborhood of Benghazi, killing 11 civilians including a baby girl and injuring another six men.

On 15 May, 11 Eritreans were injured when the vehicle transporting them near the Libyan-Egyptian border was hit by airstrikes by unidentified air assets.

On 16 May, a woman died and another woman was injured in crossfire during clashes between al-Far and al-Henish armed groups in al-Zawiya. On the same day, a man sustained a gunshot wound during armed clashes between another two al-Zawiya families.

The escalation of fighting in Derna between the Libyan National Army (LNA) and the Derna Protection Force (DPF), previously known as Derna Mujahidin Shura Council) resulted in at least 17 deaths and 22 injuries among civilians. Most civilian casualties were caused by the use of indiscriminate fire and unguided weapons such as artillery and mortars as the LNA increasingly began to shell densely populated residential areas. The presence of DPF fighters in some residential areas further endangered civilians, while restrictions on the freedom of movement imposed by the LNA further hampered the ability of civilians to flee areas of active conflict.

Civilian casualties included an 11-year-old boy who sustained shrapnel injuries to the face in the shelling of the Ghazi neighbourhood on 16 May. On 18 May, a 5-year-old boy was injured in the chest while playing outside his home in the area of al-Fataeh. On 22 May, three men sustained shrapnel injuries in the shelling of the neighbourhood of al-Sahel al-Gharbi. On 25 May, a 12-year-old boy died from a shrapnel wound. He was hit while inside the grounds of the mosque in the Sahel al-Sharki area. On 27 May, a 53-year-old man was killed when his house in al-Fataeh was hit by shells. On 28 May, two men were killed, and another three men, a woman and two boys injured in the shelling of several residential areas including al-Sahel al-Sharki, Bab Shiha and Sayeda Aisha. On 29 May, a girl-child sustained a fatal gunshot wound while standing in front of her house in the al-Sahel al-Sharki area.

On 29 May, access for civilians fleeing Derna had improved via the Kirsa checkpoint. On 30 May, seven men were killed and another seven injured when an unknown explosive detonated near the western entrance of Derna as local families gathered in their vehicles seeking passage out of Derna through the Kirsa checkpoint to areas under LNA control.

The shelling of Derna has caused damage to schools, mosques and private homes with the area of Sahel al-Sharki being the most affected. Part of the desalination plant was also damaged in shelling on 28 May impacting water supply. Fighting also led to damage to the power supply.

The Islamic State claimed responsibility for the attack on the HNEC headquarters on 2 May through the “Amaq News Agency”. No party claimed responsibility for the VBIED attack on Benghazi on 24 May, however the attack was branded as terrorist by Libyan authorities. Most civilian casualties inside Derna were caused by LNA use of indiscriminate fire and unguided weapons.

UNSMIL was unable to determine with certainty which parties to the conflict had caused the other civilian casualties in May.

On 5 May, a man was injured by a stray bullet in al-Majori neighborhood of Benghazi. There were no clashes in the vicinity at the time of the incident.

On 8 May, the body of a Sudanese national was brought to the Sabha Medical centre bearing torture marks.

On 9 May, an 18-year-old woman and 33 year-old-man were shot dead in two separate incidents in Sabha. There were no armed hostilities at the time.

On 24 May, members of the Bab Tajoura armed group shot dead two men in the Tripoli neighbourhood of Ras Hassan during a demonstration by local residents in front of the armed group’s base. The protest was linked to alleged human rights violations by the armed group including arbitrary detention and excessive use of force.

On 25 May, human traffickers in Bani Walid chased and shot migrants and refugees seeking to escape their captivity, leading to some 15 deaths and 25 injuries.