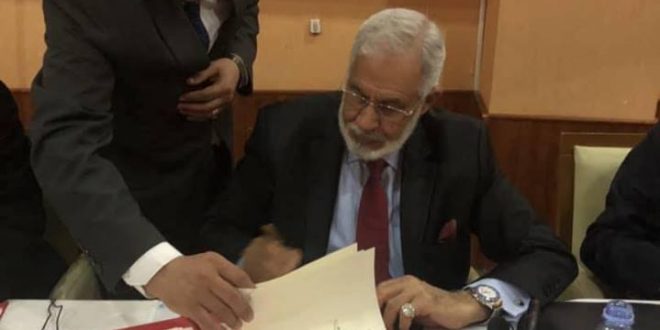 Libya has signed an agreement with its southern neighboring countries Niger, Chad and Sudan to secure the joint border against human and weapons smuggling.

To control and secure Libya’s sea and land borders and to strengthen cooperation on joint border control, the four-way agreement was signed on Thursday in the capital of Chad N’Djamena, the information office of the Libyan prime minister said in a statement on Friday.

Libyan Foreign Minister Mohamed Sayala, who signed the agreement, said it “enriches the special relations between the four countries, and stressed Libya’s keenness to support all efforts to combat terrorism, transnational organized crime, smuggling of all kinds, illegal migration, mercenaries, arms smuggling, and smuggling of all kinds of subsidized commodities and petroleum derivatives.”

The southern Libyan border, a barren desert, is a large crossing point for illegal immigrants, as well as the movement of militant groups between Libya and its neighboring countries.

Libya has repeatedly called upon the three neighboring countries to implement protection programs for the long joint border.