Home / Normal / Report: Haftar could have the upper hand in Derna fighting, thanks to French aircraft 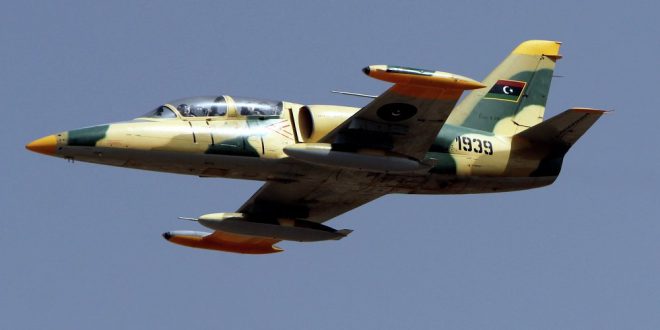 Report: Haftar could have the upper hand in Derna fighting, thanks to French aircraft

France has secretly provided the commander of the self-styled army in eastern Libya, Khalifa Haftar, with reconnaissance aircraft (Beechcraft 350) to help his forces in their advance on Derna, eastern Libya, reported Africa Intelligence.

The website said the French aircraft, which parked in Khadim airbase in east Libyan town of Marij next to the UAE Air Tractor, is “a joker” for the forces in their fighting and operations to enter Derna.

The aircraft is operated by French CAE, the website added, saying it had carried out many ISR missions above Derna and in the Fezzan region.

“One of the most vital mission the French aircraft did was on May 16, among other missions on Derna, when on that day fighting was said to be one of the most violent.” the website added.

Meanwhile, Haftar himself was in France days ago attending an Emmanuel Macron-hosted international conference, where Haftar and other Libyan stakeholders in the conflict agreed on a declaration of principles that could see Libya adopt a constitution by September 16 and hold elections by December 10, 2018.

However, what strikes oneself strange is the fact that France is able to swing the Libyan conflict into two completely contradictory pathways: democracy and war, by publicly pushing for elections and clandestinely providing one conflict party with state-of-the-art military backup.