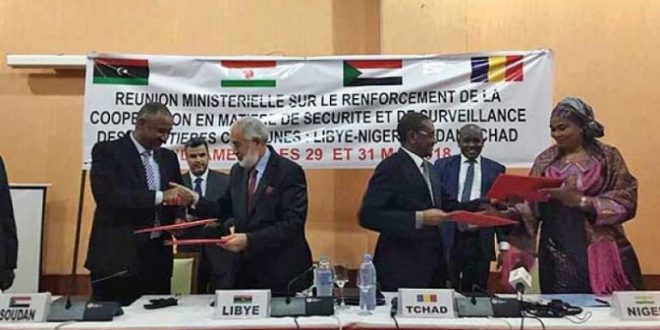 Libya, Niger, Chad and Sudan and Chad signed an agreement last Thursday to control the southern border of Libya in the Chadian capital of N’Djamena.

According to the Libya’s Minister for Foreign Affairs and International Cooperation, Foreign Minister Mohamed Siala stressed at the signing that Libya was keen to support all efforts to combat terrorism, transnational organized crime, smuggling of all kinds, illegal migration, mercenaries, the fight against arms smuggling as well as various subsidized goods and petroleum derivatives.

No further details were revealed of exactly how the four states were going to organize the process of monitoring and enforcing security along Libya’s huge southern border.