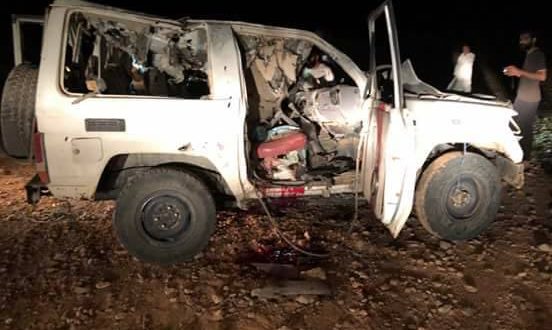 It said in a statement “we assess no civilians were killed in this strike,” adding that the airstrike was coordinated with “the Libyan Government of National Accord.”

The source identified the ISIS fugitive, who was fighting in Sirte, as Abdul-Ati Eshtewi and the three civilians as his relatives.

“Eshtewi and his three relatives haven’t seen each other for long time, so Eshtewi contacted them using Thuraya phone to have Ramadan Iftar with them in Eshmikh, some 35 km south of Bani Walid town.” The source said.