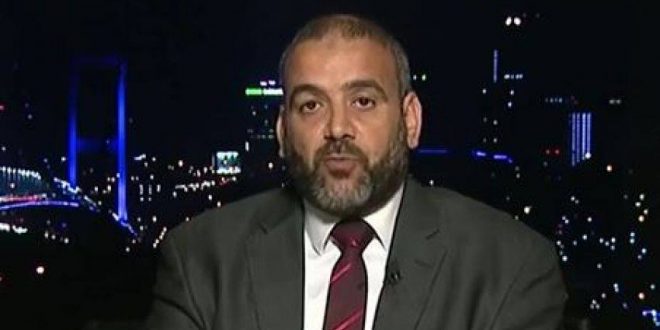 The head of the High State Council (HSC) Khaled Mishri has announced his readiness to meet the House of Representatives (HoR) in Tobruk.

In a letter addressed to HoR head Ageela Saleh, dated 4 June but published today, Mishri said he was ready to lead a delegation of 30 HSC members representing all of Libya’s constituencies.

He said that his planned visit comes in view of what he had ascertained of Saleh’s readiness to end Libya’s political division, moving Libya forward towards stability and arriving at consensus and successful, practical solutions.

Mishri said that he was totally confident that this meeting will be more successful than previous meetings in narrowing the differences in viewpoints between the two bodies. He invited Saleh to set the date for the meeting.

It will be recalled that Mishri had announced his desire to meet the HoR back in May which the HoR had officially accepted.

The announcement by Mishri comes on the back of the Paris agreement where Libyan elections were agreed for December 2018 by the contending parties.

It will also be recalled that Mishri had issued a reconciliatory statement in May to the (HoR), offering to meet in Tobruk just after his appointment as the new head of the HoR.

In that statement he had referred to his April  meeting in the Moroccan capital Rabat with HoR head Ageela Saleh and confirmed the HSC’s readiness to reconfigure the executive into a Presidency Council of one head and two deputies (the 2+1 formula), with a separate government. The HSC said it looked forward to the positive response of the HoR to ‘‘end division and to the unification of state institutions’’.

The HSC had also said that it was ready to start appointing or relieving from posts holders of leadership positions in sovereign posts as per article 15 of the Libyan Political Agreement (LPA).

It also called on all relevant institutions to urgently solve the financial crisis and to take political and economic measures and start implementing them without delay. It added that it will not hesitate in taking the action as contained within the LPA in taking steps forward to achieve financial and economic reform in order to relieve the burden that as exhausted citizens.

The HSC had re-confirmed its support for the unification of the military institution under civilian control and distancing it from political infighting, to enable it to play its designed role.

The HSC had also renewed its call on the HoR to activate article 23 of the LPA to reach accord over the referendum law so that the Libyan public can say its word over the draft constitution produced by the Constitutional Drafting Assembly.

The HSC had stated that it was ready to accept any invitation by the HoR to meet in Tobruk in order to get past the (transitional) phase and in order to reach a new phase based on brotherhood, reconciliation, comprehensive amnesty, and the insurance the return of the displaced and prioritizing the high state interest.