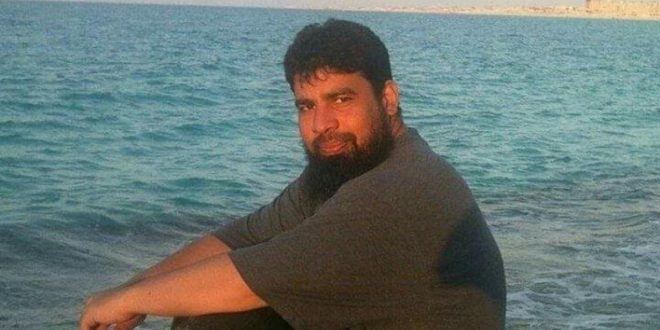 The prominent Egyptian al-Qaeda leader, Omar Suroor, was killed during a series of air raids carried out by the Libyan National Army (LNA) in Derna on Saturday during clashes between the LNA and a faction of the Mujahideen Shura Council.

Local al-Qaeda news outlets officially announced the news on Sunday morning reporting that he died following an air raid attack on his house. They also announced the death of Abdulsalam al-Awami, the al-Qaeda Imam in Derna, and Abi Buzaid al-Shulwi.

Suroor was also known as Abu Abdullah al-Masry, and was the official Mufti of the Derna Shura Mujahideen, as well as most Shiite extremist factions in Libya that follow al-Qaeda.

He was one of the most known foreign Qaeda leaders in Libya and the most wanted man in Egypt with a large criminal record.

Suroor, 39, was involved in a terrorist operation in Egypt as he was the right hand of Hisham Ashmawy, the Egyptian terrorist who is the founder of the group al-Mourabitoun.
He was also known for making extreme fatwa’s against the Egyptian army and police, whom he used to describe as tyrants.

Suroor escaped to Derna in Libya after he was listed as a wanted man by Egyptian authorities in 2014, where he became a prominent leader in al-Qaeda in the city.

Earlier this week, residential areas in Derna were being hit by artillery fire and air strikes as Haftar’s Libyan National Army (LNA) stepped up its campaign to seize the coastal city.

Derna, 266 km (165 miles) from the border with Egypt, is the only city in eastern Libya to elude LNA control.

After blockading the city from mid-2016, the LNA launched a ground offensive to capture it from a coalition of local anti-Haftar combatants known as the Derna Protection Force (DPF) last month.

The LNA is now estimated to control about half of Derna, with the front line around the shuttered hospital. Residents fleeing the city said DPF fighters had planted mines in the Shiha district, one of the neighbourhoods they have withdrawn to.