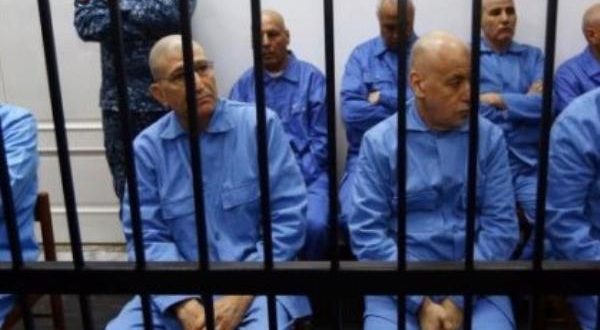 The head of investigation bureau at the Libyan Attorney General Office in Tripoli  Al-Sediq Al-Sour said a decree was passed by the Minister of Justice to pardon (or release) several figures from the Moamar Gaddafi regime from prison out of “compassion for their deteriorated health.”

Al-Sour said Abu Zaid Dorda who was the General Secretary of the People’s Committee of Libya from 7 October 1990 to 29 January 1994, and Libya’s Permanent Representative to the United Nations from 1997 to 2003, will be among the releases, denying that Gaddafi’s spy chief Abdullah Senussi would be one of the released.

He added that the law is legal and was passed by the Ministry of Justice as the prisoners selected for the release are in dire need for medical care, more than that they are already receiving in prison.