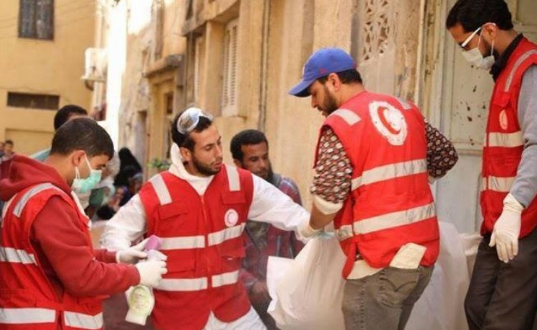 Libyan Red Crescent recovers over a hundred bodies in Derna

The Libyan Red Crescent Derna branch has recovered over one hundred bodies from different neighbourhoods in the city and buried them in the city’s cemetery of Al-Fatayeh.

The Red Crescent had announced earlier that its team managed to evacuate more than 1800 families from different parts of the city, who were caught up in the fighting that broke out last May between Dignity Operation and the Protection Force of Derna.

The recent clash resulted in the killing and wounding of hundreds of people from both sides as well as causing property and infrastructure damage to the city.