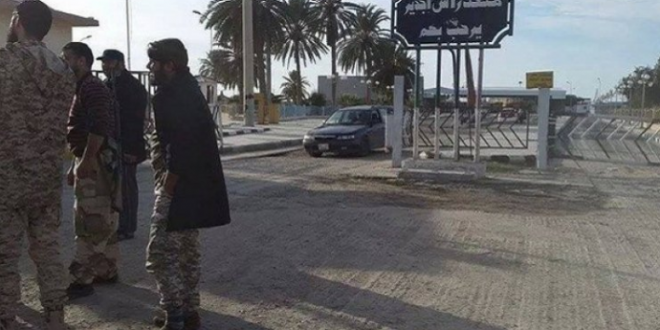 Libyan officer in charge of Ras Ajdir border crossing with Tunisia, Najmi Muammar, confirmed that the border has been shut to traffic by the Libyan side since Tuesday evening.

In a press statement, Muammar explained that the decision was taken due to increasing cases of attacks on Libyan travellers by locals of the Tunisian border town of Ben Gardane, because of decisions by the Libyan state to curb smuggling of goods into Tunisia.

He pointed out that the Presidential Council has addressed the Tunisian side officially to increase the security measures at its borders and protect Libyan travellers, but has received no response to its demands to date.

“The Libyan state is determined to enforce its decisions to tighten control on the border in order to prevent the smuggling of fuel and goods that are active in border areas on both sides and the Tunisian authorities have to comply with the border security requirements,” Muammar stressed.

He made clear that the border will not be reopened until the demands of the Libyan state are met.

Earlier, Deputy Chairman of the Presidential Council Ahmed Maiteeq gave orders to the Minister of Interior to take all necessary measures to protect Libyans travelling by road to Tunisia, including closing the crossing border between the two countries if Tunisian authorities fail to meet their obligations.

Border areas like Ben Gardane town in Tunisia have witnessed over the previous years riots, protests, closure of roads, and attacks on Libyan citizens and their property, as well as preventing them from entering the Tunisian territory in protest against the measures taken by the Libyan authorities to stop smuggling of fuel and food commodities from Libya to Tunisia.

This is only an excerpt. You can read the full article on libyaobserver