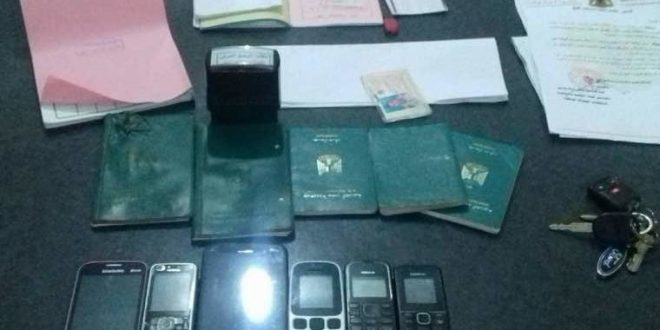 One-hundred and thirty-one Egyptian irregular migrants have been arrested in the east Libyan city of Baydan over the last three weeks, according to the director of the city’s police station.

Lieutenant Mohamed al-Fakhry, director of the police station in Baydan, which is located near the larger city of Ajdabiya, told Mada Masr that 57 Egyptians were arrested between July 15 and the date of publication, with an additional 74 taken into custody the two weeks before.

The migrants, many of whom were suffering from starvation, range in age from 15 to 50 years old, the director said. Following medical investigations, authorities discovered that 15 of those arrested tested positive for hepatitis while in custody, while six sustained severe injuries and were hospitalized, he told Mada Masr.

Alongside the irregular migrants, Baydan police also detained four human traffickers accused of arranging their travel. According to Fakhry, three of the smugglers were Libyan nationals and one is from the Awlad Ali tribe.

The Awlad Ali tribe straddles the Libyan-Egyptian border. Many members have dual Egyptian and Libyan nationality and live in the cities of Marsa Matruh, Salloum and Tobruk. The tribe has near total control over the border region, and goes largely unchallenged.

During interrogations, the four traffickers told police that they charge people LE6,000 each to smuggle them into cities within Libya. According to Fakhry, they also said that they funnel migrants into “terrorist groups” in the country.

Islamic State fighters are known to operate close to Ajdabiya, a city that is under the control of the so-called Libyan National Army (LNA). The most recent attack claimed by the militant group came in March when a suicide car bomb detonated near a checkpoint at the eastern exit of the city. According to medics quoted by Reuters, six people were killed and nine wounded in the attack.

The Islamic State, which lost its stronghold Sirte in central Libya in 2016, also claimed responsibility for an attack that killed soldiers dead in October 2017 near Bawabat al-Siteen, which is located 69 km south of Ajdabiya.

Jalel Harchaoui, a Libya researcher at the University of Paris 8, told Mada Masr that there is often close proximity between militant groups and human trafficking networks due to a convergence of economic interests and the shared frontier spaces they occupy outside the control of dominant political and military powers in Egypt and Libya.

“Whether in the west, center, south or east of Libya, the Islamic state’s presence often ends up being commingled with pure gangster operations,” said Harchaoui. The researcher affirmed that this does not mean the smugglers and Islamic State are aligned, emphasizing that cooperation is, for the most part, pragmatic.

Coordination between the two groups is predicated on the fear and coercion felt on the traffickers side and the economic interests of the Islamic State on the other, he affirmed.

But the ability of the LNA and Egyptian military to project power in the areas frequented by traffickers and militants is also a factor.

The corridor between the city of Jaghbub and east of Ajdabiya, located in the eastern province of Cyrenaica, is one such frontier area and has long avoided LNA control, according to Harchaoui, allowing militant and criminal activities to flourish. “A similar thing could be said about the Egyptian military, in the area between Jaghbub and the populated areas of the Western desert,” he added. “Diverse businesses exist there, and their location coincides with some activity by both the Islamic State and Al-Qaeda.”

Baydan Security Director Colonel Salem Madi al-Agouri referred the traffickers and migrants to the Benghazi-based Interior Minister Ibrahim Bushnaf. A ruling on the fate of the migrants and the traffickers is still pending.

Many Egyptian migrants in Libya come from villages such as Minya, Beheira and Qalyubia, as well as Alexandria. Baydan, located south east of Ajdabiya, has become a primary destination on the irregular migration route. The trafficking route runs from Salloum to Tobruk along to Ajdabiya and finally to Benghazi and other eastern cities. Cities in the south like Tazirbu and Kufra, as well as western cities like Tripoli and Bani Walid are also final destinations for migrants.