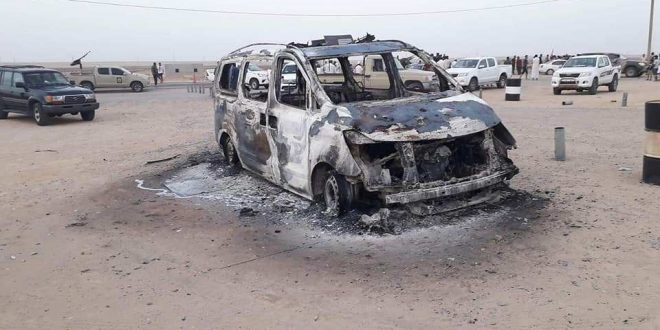 A Libyan official says militants with links to the extremist Islamic State group have killed two policemen at a checkpoint east Libya.

Security official Ahmed al-Gabiely says the attack took place early on Tuesday in the eastern town of el-Agheila when the armed men “slit a police officer’s throat” and killed another in a shootout with security forces manning the checkpoint.

He says the group later attacked a police station, raised the militant Islamic black flag atop the building and burned several police and ambulance vehicles.

At least four people were reported missing after the attack.

Al-Gabiely says the group has carried out similar attacks over the past months.