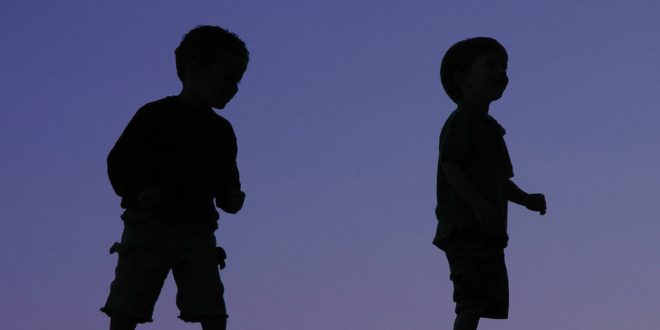 The orphans of so-called Islamic State left in Libyan limbo

A year and a half after so-called Islamic State was kicked out of its last stronghold in Libya, 24 parentless children of its foreign fighters are growing up in a high-security, makeshift orphanage tucked away down a sidestreet in the northwestern city of Misrata.

They are the last of 155 children brought out of Sirte in late 2016 after many of their parents were killed in a six-month battle to liberate the northern coastal city from IS.

Most have since been repatriated, released to extended family members, or reunited with female relatives incarcerated in a prison in Misrata, some 275 kilometres northwest of Sirte. But Najeeb al-Raiss, head of the Misrata branch of the Red Crescent, said the governments of the remaining children’s parents – Tunisia, Egypt, Senegal, Nigeria, and Ghana – have shown no interest in repatriating their young citizens.

So they remain in a walled-off orphanage guarded by a local militia, cared for by an organisation that never expected to look after them for more than a few months. Raiss said the local Red Crescent has spent more than half a million dinars ($350,000) on medical treatment and basic care for the orphans and is running out of money.

“The government, the international community, and [aid] organisations all deluded us,” said Raiss, who began caring for the children on what was meant to be a temporary basis in late 2016. “[International organisations] all talked about humanity, charity, and amnesty and promised lots of help, but it was just words. Nobody stuck to their promises and now we are alone.”

Life in a high-security orphanage

Misrata makes an odd refuge for children of IS members: forces from Libya’s third largest city led the fight against the militants in Sirte, and many lost their lives. The Red Crescent is worried about revenge attacks from locals as well as IS sleeper cells who might take an interest in the children, so they’ve put up high walls and employ a small local militia for round-the-clock security.

“Our city paid a very high price for liberating Sirte, and there is a chance that someone crazy could try to do something bad to these children,” Raiss told IRIN. “It’s not likely, but we have to be alert to that threat.”

The walls are high enough that the children can play in a small courtyard – half sand, half astroturf – without being seen from neighbouring houses. The outer gate and main living areas are locked.

“They had no part in IS or the war. They are victims who have been left very vulnerable.”

The Red Crescent employs a nanny and a tutor in lieu of formal schooling and, on the rare occasions the children leave the orphanage, the road is sealed off before they are ushered onto a bus, under guard.

In the early evening, the orphans’ high-pitched recitations of Quranic verse can just be heard in the courtyard, before the older children carry large cooking pots of macaroni into their small living area. There are only three bedrooms, and everything here is modest. Donated clothes are often outsized, trousers tied with string, furnishings are sparse, and they have few toys.

The staff appear to have strong relationships with the children, but the locked doors and its small size mean this home sometimes resembles a prison. One little girl grasped the hand of a departing visitor, pleading: “Please take me with you.”

But Raiss said this is still the best and safest option for the orphans, the youngest of whom was carried out from the rubble of Sirte when she was just two days old, and has known no other home. The oldest is 14.

“These children are a big responsibility, and we do as much as we can for them,” said Raiss. “We know it’s not much, but we do our best.”

The children first came into the Red Crescent’s care traumatised and withdrawn, recalled Dr. Faisal Mohammed Jelwal, a psychologist who volunteers at the orphanage. Many did not speak for months, others refused to eat and drink.

Once they began talking, Red Crescent volunteers, with the help of the imprisoned widows of IS fighters, were able to build a database of their names and nationalities.

They were helped by the fact that all IS families were hunkered down together in the final months of the battle for Sirte, contravening the group’s practice of separating families by the social standings of their husbands.

“They knew each other very well in the end, so we’ve been able to identify names and nationalities of all the children, even the babies,” explained Jelwal.

Some children were reunited with female relatives in Misrata prison, while any Libyan children were released to extended family members. According to the Libyan Red Crescent, only 27 IS-affiliated women and children – from the Philippines and Sudan – have been repatriated by their governments since 2016.

Taher al-Baher, head of the technical department of the Misrata charity Alemdad, which initially worked with the Red Crescent to care for the children and works closely with the UN on multiple projects, told IRIN that earlier this year 21 Somali, Eritrean, and Djiboutian women and children were taken to Canada as part of UN-funded evacuation programmes. He said one woman was taken to Germany. The UN’s refugee agency, UNHCR, did not respond to IRIN’s requests for comment on the resettlements.

Raiss and Jelwal said the remaining orphans’ home countries – 21 of them are from Tunisia and Egypt – have expressed no interest in taking them back.

“We’ve tried to contact all international humanitarian agencies and tried to keep the pressure up on relevant governments – both [on] the Libyan government and these orphans’ home governments, to get them to take them back to their own homes and preferably family members,” Jelwal said. “Unfortunately, we’ve received no responses.”

A spokesperson from the International Committee of the Red Cross (ICRC) told IRIN it “has been “working on restoring family links with… [the children’s] families, with the aim of eventually facilitating their repatriation.”

While the Red Crescent hopes to eventually send the children home, for now it provides much-needed medical and mental healthcare.

Food and drinking water were scarce in the final months of the battle for Sirte, and those who escaped were severely malnourished. Some children still bear the scars from injuries they sustained, including gunshot and shrapnel wounds: the arm of one three-year-old had to be amputated, while another little girl has extensive burn marks across her face and neck.

Jelwal said the psychological damage was just as serious. It took about four months for the children to begin exploring the orphanage or to ask after their parents and family members. The younger children have regained some sense of normalcy and talk to the orphanage’s occasional visitors – they mostly ask for toy cars – but the older ones are uncommunicative and withdrawn.

The trauma is not surprising given the horrors many of these children have seen. Major General Mohamed al-Ghossri, former spokesman of the Libyan forces who fought in Sirte, told IRIN that 15 women detonated suicide vests in the civilian corridors that the children used to flee.

“[International organisations] all talked about humanity, charity, and amnesty and promised lots of help, but it was just words. Nobody stuck to their promises and now we are alone.”

Two of the children currently housed in the orphanage ran away in terror after watching their father pour petrol over their mother and her sister and set them alight – an apparent effort to protect them from arrest by the advancing military.

Part of Jelwal’s work is countering IS ideology, although not all the kids know their parents were a part of the group.

While Jelwal volunteers his time, taking care of the children has been expensive. Heavily reliant on private donations, the Libyan Red Crescent is struggling financially.

Raiss was frustrated. He described support from the UN and major aid agencies as “disappointing”, limited to modest funds from the ICRC and beds donated by the UN’s migration agency, IOM.

“We hear in the media about many huge humanitarian organisations working all over the world, but here we have seen no humanity from the international community,” Raiss said. “Most of these organisations have only visited these children to take photos and collect information. But [they have] not given any concrete help.”

An ICRC spokesperson told IRIN it had sent a local team to do renovations on the orphanage, and provided toothbrushes, soap, and other hygienic goods.

Jelwal singled out UNICEF for providing no assistance at all, but the UN agency’s regional spokeswoman Juliette Touma told IRIN: “UNICEF has provided some recreational assistance to the children in this orphanage. UNICEF continues to advocate with local authorities for the release of children affiliated with armed conflict and the reunification of these children with their extended families.”

While one Senegalese girl may soon be sent home to her grandparents, the rest of the children are likely to remain in this small Misrata compound for the foreseeable future. It’s not clear how the local Red Crescent will cope.

“Every day the children are getting older and bigger and need more space,” said Jelwal, stressing that – whatever role their parents might have had during IS rule in Sirte – the orphans themselves were blameless.

“The plight of these children is a consequence of war,” he said. “They had no part in IS or the war. They are victims who have been left very vulnerable. The world should care about them.”