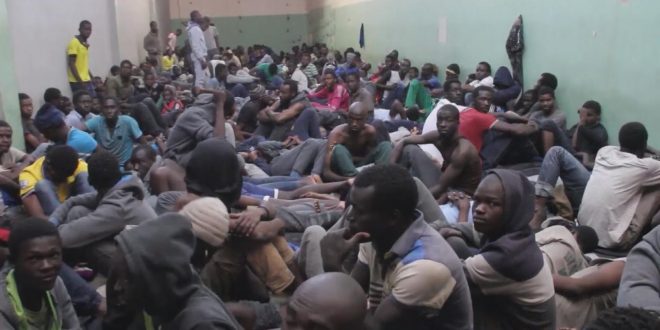 MSF urges for ending arbitrary detention of migrants in Libya

Médecins Sans Frontières (MSF) calls for an end to the arbitrary detention of refugees, asylum-seekers and migrants in Libya after a dramatic increase in the number of people intercepted by the EU-supported Libyan coastguard in the Mediterranean and disembarked in Libya.

At least 11,800 people have been returned to Libya from unseaworthy boats in the Mediterranean so far this year, according to UN organizations, with interceptions in international waters between Italy, Malta and Libya taking place on an almost daily basis. Upon disembarkation, people are transferred to unregulated detention centres along the Libyan coast.

“People who have just suffered a traumatic life-or-death situation at sea should not be transferred to a system of arbitrary detention that is harmful and exploitative,” said Karline Kleijer, MSF’s head of emergencies.

“Many have already endured alarming levels of violence and exploitation in Libya and during harrowing journeys from their home countries. There are victims of sexual violence, trafficking, torture and ill treatment. Among the most vulnerable are children (sometimes without a parent or guardian), pregnant or breastfeeding women, the elderly, and people with mental disabilities or with serious medical conditions.” Kleijer added.