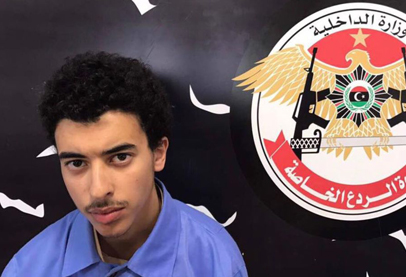 A legal wrangle over the nationality of the Manchester bomber Salman Abedi’s brother, Hashem, has caused delays to his extradition to Britain over the Manchester attack that killed 22 people, The Times said on Sunday.

The Times added that Libya’s Attorney General is understood to be investigating whether the 21-year-old should be legally regarded as a British or Libyan national, The Times added on Sunday.

Libya’s Presidential Council Foreign Minister in Tripoli, Mohammed Sayala, has privately informed the British authorities that Hashem should be regarded as a UK national, The Times reported citing diplomatic sources.

The outcome is crucial because Britain’s current extradition treaty with Libya means that no Libyan national can be lawfully extradited from the country. Hashem holds a British passport and was born in the UK. It is understood he may also hold a Libyan passport.

A source said: “The Libyan authorities, including senior ministers, are of the opinion that he is a British citizen and therefore should be subject to an extradition order under the current treaty, The Times reported.

“However, there is a legal process which has to be followed. Under the current extradition treaty with Libya, a Libyan citizen cannot be extradited to the UK, and vice versa.” The British newspaper added.

Hashem was arrested in a remote farmhouse outside the Libyan capital a day after his brother’s suicide bomb attack in May last year.

He is also facing allegations that he was part of a plot to kill a British ambassador in Libya. The Sunday Times, however, understands that the plot to kill the diplomat was in “very early stages” and not regarded as viable by British intelligence.

Greater Manchester police said: “Hashem Abedi is currently detained in Libya and the Crown Prosecution Service requested that Libyan authorities consider his extradition back to the UK.” The Times added.