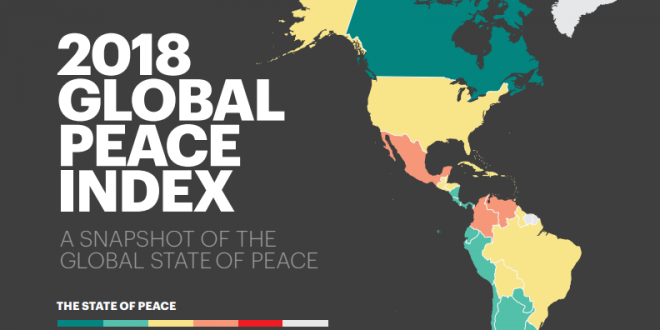 Libya ranked 7th most dangerous country in the world

The Global Peace Index 2108 has ranked Libya 157 out of 163 countries included in the new version that takes factors of crimes’ rates, violence, civil wars and economic effects on the countries as the main criteria of  assessment.

The Global Pace Index indicated that Libya was remarkably the only country moving down so fast in the last decade from being among countries in the top half of the index to the bottom of it.

“Libya was among the countries in the top half in 2008; since then it went down.” The Index published by the Institute for Economics and Peace said.

Amazingly, Iceland managed to remain in number 1 “the most peaceful country in the world” for the 10th year in a row.

Syria was ranked 163; that is, the most dangerous country in the world.