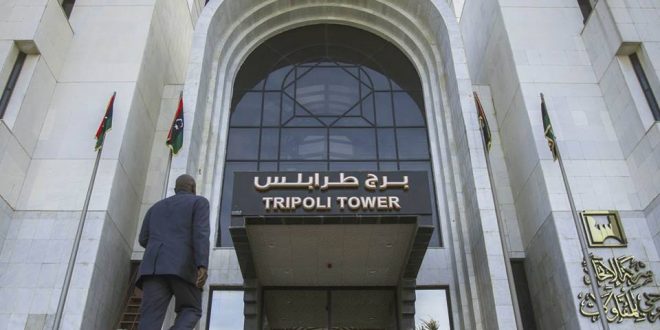 LIA forced to abandon its Tripoli HQ due to militia coercion

The Libyan Investment Authority (LIA) has been forced to abandon its main Tripoli headquarters at the downtown Tripoli Tower due to persistent militia coercion and interference in its internal affairs. The LIA is Libya’s sovereign wealth fund entity controlling US$ 67 bn worth of assets. Its assets are currently frozen under a UN Security Council resolution since the 2011 Libyan revolution.

In a statement released yesterday, the LIA condemned the actions of the militia that is entrusted with guarding the Tripoli Tower and is nominally-aligned to the Faiez Serraj-led Presidency Council.

The LIA said that the militia persistently threatened and frightened LIA employees as well as at one stage having kidnapped one manager and held him hostage at their base across from the LIA (former Women’s College). The militia also tried to coerce managers into ignoring the orders of their superiors, cut off staff emails and attempted to prevent the LIA relocating to a new HQ.

As a result of all these actions, which the LIA said were affecting its performance, it has decided to move to a new location. The LIA did not reveal its new location. There is speculation that it might return to its emergency/back-up office in Malta, however, sources have informed this newspaper that it has relocated to the Tripoli office of one of its subsidiaries.