Home / Normal / Protests in Tripoli due to deteriorating living conditions 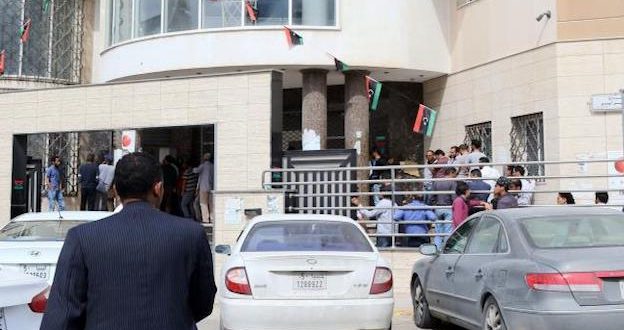 Protests in Tripoli due to deteriorating living conditions

Groups of women closed the coastal road at the western way to the capital city of Tripoli, on Wednesday, in a protest against the poor living situations of the citizens.

The demonstrators raised banners expressing their anger from the overcrowding in front of Al-Jumhuria bank branch in Janzour area. The protestors said that they had spent more than one night in front of the bank and hadn’t got any cash money.

The women protestors burned tires in the middle of the road denouncing the attitudes of the governor of the Central Bank of Libya (CBL), Seddiq Al-Kabeer, and the head of the Presidential Council (PC) of the Government of National Accord (GNA), Fayez Al-Sarraj.

The banners also expressed the anger of the demonstrators for the maltreatment of women at the hands of the elements of militias who supposed to secure the bank branches.

It is essential mentioning that the banks in Tripoli have been crowded for weeks because of the lack of liquidity and the bad management in organising the banking transactions.

In the same context, two weeks earlier, another bank branch in Tripoli witnessed a mass demonstration because the bank had announced that it couldn’t provide more than the third of the salaries of the citizens.

The crisis continues more complicated although the PC, the State Council, and the CBL announced, last week, the launch of a group of economic reforms to end the liquidity crisis, reduce the prices, and adjust the exchange rate of the Libyan Dinar against the US Dollar.