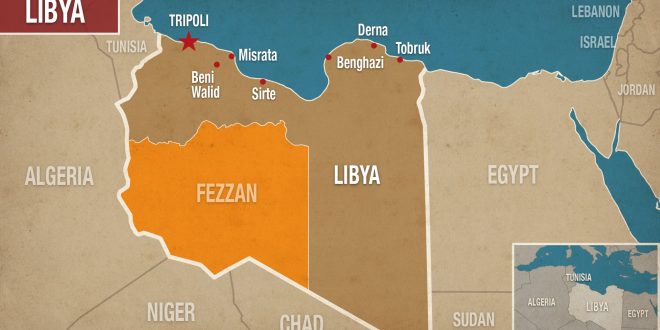 Libya’s southern area of Fezzan is suffering from an influx of foreign fighters that are gradually taking over the country’s tribes.
Following the overthrow of Muammar Gaddafi in 2011, Libya’s porous southern border has led to an influx of mercenaries and militants who are posing an increasing threat to the already highly fractured country.

Three main tribes have controlled Libya’s southern Fezzan area: Tuareg, Tebu, and Awlad-Sliman. These tribes have always had a unique ethnic and cultural identity in Libya, even at the time of the country’s unity under Gaddafi’s more nationalist rule.

Following the 2011 revolution and Gaddafi’s removal from power, the tribes have been in violent conflict over the control of oil rich areas and key cities in Libya’s south.

The eastern government, controlled by the army general Khalifa Haftar, has recently gained more sympathy in southern Libya in large part because of his pledge to fight what he defines as the Islamists that have gained increasing power in the country since the overthrow of Gaddafi in 2011.

The son of the head of the Tebu tribe, Abu Bakir, told The New Arab: “I don’t have preferences, but Haftar fights against terrorists. The Islamists have failed – Libyans want stability right now, so they prefer Haftar.”

Haftar is now also fighting another war: eradicating the increasing number of Nigerien and Chadian mercenaries and militias that have been taking control over Libya’s southern Fezzan area.

According to an organisation operating in southern Libya, which asked for anonymity over security threats caused by these militants, a peace agreement for the tribes offered by the eastern government failed because of pressure from Chadian and Nigerien members who have taken over the Tebu tribe.

“They are becoming increasingly powerful and more threatening to the stability in the region.

Libyan Tebu who want peace have been threatened multiple times by these foreign militias inside the tribe,” the organisation in Sebha told The New Arab.

A Libyan journalist from the south-east city town of Kufra called Jamal Adel, also expressed his concern to The New Arab over the influence of the Sub-Saharan African mercenaries and militias: “They’re causing a lot of problems in the south, they only care about money and nothing else – so they’re drug dealing, human trafficking, and kidnapping demanding ransom.”

According to these sources, Chadian and Nigerien militants in the Tebu tribes want to gain full control of the entire Libyan southern region, and this threat has become a way to recruit Libyans for the rival tribes.

The Awlad Sliman tribe has used their presence as a rallying point for Libyans to join them against the Tebu tribe.

“Awlad Sliman are claiming no deal can be done whilst Tebu continues to harbour Chadian and Nigerien militias,” the source in Sebha said.

The problem of foreign interference in Libya’s southern tribes started out in 2011, when Tebu tribes became increasingly nomadic with the presence of northern Chadians and Nigeriens in the area.

“Increasing numbers of fighters, and then their family members, started joining the tribe. They started to change the demographics of the region,” the organisation in Sebha said.

“These mercenaries have been coming in through Libya’s southern porous border – all tribes now have them, around 2,000 have entered, first they were ordered to come, they were recruited by the tribes to fight for them, then the situation went out of control,” Adel explained.

Now these Sub-Saharan African militias have taken control of many Libyan municipal councils, as in Qataroon, Murzuq, Traagin, and Um Aramyb, according to the organisation in Sebha.

“Libyans no longer have strong say in their ranks – Libyans are now scared of them.”

The rival governments of the West and East have attempted to take control of the south in different ways: the Western government has tried to pay off the loyalty of the tribes, particularly with its international backers from the UN, the EU, and Italy, while the Eastern Libyan National Army (LNA) has tried to recruit the Libyan elements of the Tebu and Awlad-Slaiman against the Sub-Saharan African presence.

The eastern government’s influence in the south has been much stronger and is set to increase in the future. The LNA has sent air force reinforcements in Fezzan over the last couple of months and has conducted aerial bombings of Chadian and Nigerien militias, after releasing a statement warning foreign nationals that they should refrain from joining these militias and should leave the country immediately.

“Foreigners have guns, militaries, and cars they get from their proxies,” Bakir from the Tebu tribe claimed. The war is set to become increasingly bloody.

The threat of foreign influence isn’t limited to Sub-Saharan African militants, but those from all across the region joining IS, al-Qaeda, and other extremist groups hiding in the country’s southern deserts.

“There are fighters from all over the place – Sudan, Chad, Tunisia, and Egypt joining these extremist groups,” Bakir said.

Libya no longer controls who enters the country, and as a result foreign militant are overtaking historic tribes and extremists are increasing the number of fighters in their ranks.

The growing foreign threat in Libya is also why many Libyans are hostile to migrants being settled by the International Organization of Migration (IOM) and United Nations (UN) sponsored camps inside Libya.

“We have enough foreign presence in the country, we don’t need anymore,” the organisation in Sebha explained.

Most Libyans don’t seem to have nostalgia for Gaddafi’s rule, but since his removal from power the country has become increasingly threatened by foreign occupation of militias pouring in from neighbouring countries, and Libya as a country might irreparably change if Libyans aren’t able to regain control over their land. 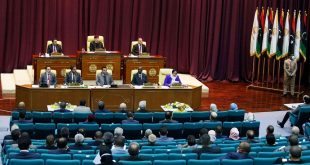