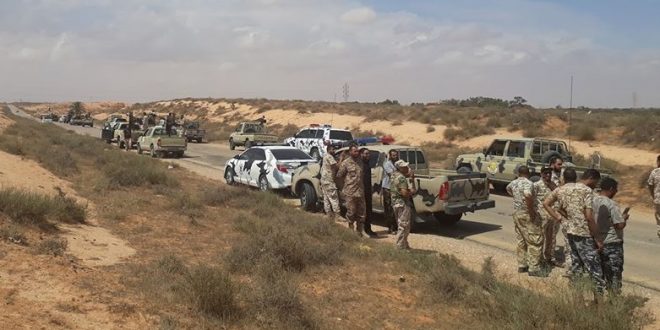 Sirte Protection Force has raised the level of alert by 100% after monitoring movements perceived to be of ISIS group.

In a press statement, the field commander of Sirte Protection Force Salem al-Amil clarified that a citizen confirmed that he was stopped by members of ISIS on Monday near the area known as Airport 70 south of Sirte.

“ISIS began to move thinking that the forces stationed in Sirte have withdrawn to Tripoli,” Al-Amil explained, stressing that the forces tasked to protect Sirte are still in their positions, denying any connection of the force to the latest clashes in Tripoli.

Security ForcesSecurity Situation
Sirte
2018-08-28
asaeid
Previous HoR fails again to vote on referendum law. Saleh threatens to bypass HoR and organize elections for a temporary president
Next Refugees rejected by Italy were ‘tortured and raped’ by smugglers in Libya