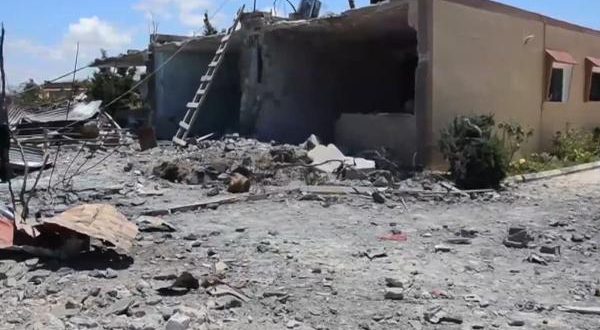 The bodies and injuries arrived in Derna’s Harish hospital.

Local news outlets reported that among the killed was senior leader Mohamed Fitour, adding that MIG21 was hovering above the city as clashes were ongoing in Wasit Al-Blad in Derna, which saw heavy shelling and air attacks by Haftar’s forces.

Despite Haftar’s declaring of Derna fully “liberated” on June 28, clashes are still ongoing leading to displacement of families and great damage in the city’s infrastructure.