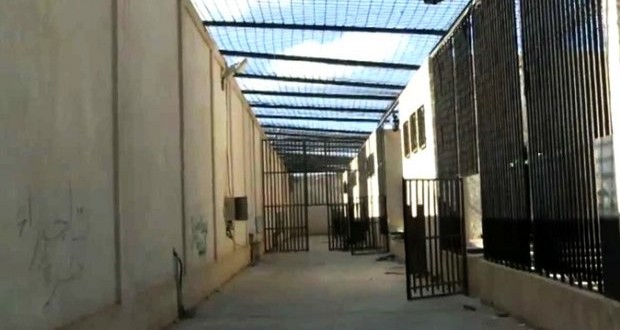 Some 400 prisoners escape near Tripoli

Some 400 detainees escaped after a riot on Sunday at a prison in the southern suburbs of the Libyan capital Tripoli, theatre of a week of deadly battles, police said.

“The detainees were able to force open the doors and leave” as fighting between rival militias raged near the prison of Ain Zara, police said in a statement, without specifying what crimes the escapees had committed.

Guards were unable to prevent the prisoners escaping as they feared for their own lives, the statement said.

A police official was unable to provide further details.

Most detainees at the prison have been convicted of common crimes or were supporters of former dictator Moamer Kadhafi, found guilty of killings during the uprising that toppled his regime in 2011.

According to a health ministry toll, at least 39 people have been killed and some 100 injured since clashes, including rocket fire, broke out among rival militias Monday in suburbs south of Tripoli.

And on Sunday rockets hit a camp for displaced people in Tripoli, leaving at least two dead and five injured from the same family, according to emergency services and witnesses.

The camp is home to hundreds of displaced people from the Libyan city of Taourga who were forced into mass exile due to their support for Kadhafi.
“Most of the families have left the camp fearing more rockets,” Khaled Omrane, a camp resident, said.

According to emergency services, at least 23 rockets fell on the capital on Friday and Saturday causing fresh casualties.

The Government of National Unity (GNA) which is recognised by the international community on Sunday said it was declaring a state of emergency in the Libyan capital and its environs.

The Libyan capital has been at the centre of a battle for influence between armed groups since Kadhafi’s fall and killing.