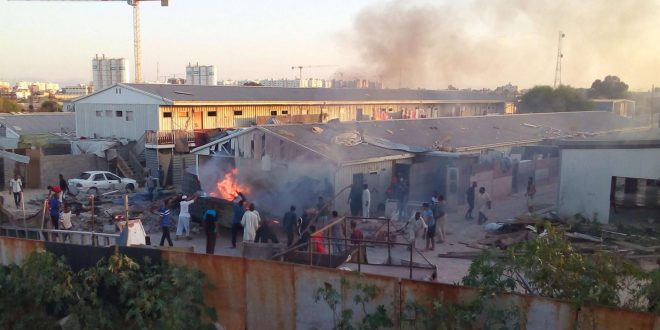 Facebook has been blocked in parts of Libya after fighting broke out in Tripoli and other cities, in the latest violence to rock the country.

The social media platform outage comes after week of violence in Libya, which has left at least 50 people dead, including civilians, according to the health ministry.

No other websites were blocked, including Twitter which Libyans took to to complain about the outage.

The owner of two telecom companies, LPTIC, said a lack of security led to internet problems, according to Reuters, although it did not mention Facebook directly.

Libya’s capital is the seat of the UN-recognised government, but it has also witnessed fierce factional fighting between rival militias.

The government declared a state-of-emergency on Tuesday as clashes intensified.

A mass jailbreak over the weekend saw some 400 alleged supporters of former Libyan dictator Muammar Gaddafi escape their Tripoli prison.

The UN mission in Libya called for an “urgent dialogue on the security situation” in Tripoli on Tuesday.

Libya has seen continued violence since Gaddafi attempted to suppress popular protests against his rule in 2011.

After he was killed by rebels, the country has been torn apart by rival militias who have vied for control of the country.