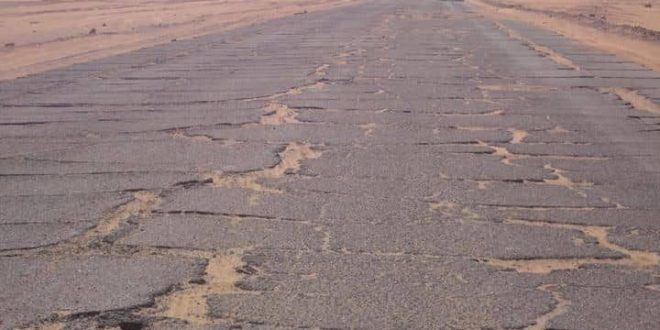 A spate of kidnappings along the only road in and out of southeast Libya over the last week may pose a threat to local peace in the border region of Kufra, where proxy fighting sits alongside longstanding tribal conflict.

An employee at the Kufra medical emergency department tells Mada Masr, speaking on condition of anonymity, that 13 civilians traveling along the Kufra-Jalu Road were kidnapped by unidentified armed groups between Friday and Tuesday.

The kidnappings were first reported on Friday, when an unidentified armed group kidnapped two travelers near what is locally known as the 40 Company, a building belonging to a Chinese road repair company that has been abandoned since 2011 and is located at the 40 km northbound mark on the Kufra-Jalu road. According to the Kufra medical source, two others from the Tazirbu oasis were kidnapped on the same day.

Fearing further kidnappings and security incursions, units from the Subol al-Salam Brigade, the Salafi fighting force aligned to the Libyan National Army (LNA), who guard the only checkpoint controlling movement in and out of the area and are a key military ally to Cairo, have advised residents against traveling on the road.

“They did not prevent me, but I was advised not to travel for security concerns,” a Tebu traveler making his way to the southeastern Rabiana oasis tells Mada Masr.

The Kufra-Jalu Road is the main access point to the Kufra region, which includes the area covered by the Libyan-Sudan-Chad triangle, a hotbed for migration, proxy militias from Libya’s neighbors, tribal conflict and the drug trade between Libya and Egypt, in which the road itself serves as key infrastructure, according to a 2017 Correspondents report.

The proxy fighting is defined by Sudanese and Chadian armed groups, who have been in southern Libya since at least 2013. Some of these militias support the LNA, while others support its rivals based in Misrata, nominally loyal to the United Nations-backed Government of National Accord. The road itself is also known to be a major transport route for the drug trade between Egypt and Libya.

Egypt’s involvement in the proxy fighting came to light when an Egyptian unit made up of one officer and four soldiers was abducted by an unidentified militant group in southern Libya in late July. The Sudanese National Intelligence and Security Service (NISS) announced that it had secured the release of the Egyptian forces in an early August statement.

However, an LNA intelligence officer previously told Mada Masr that the Egyptians were on an intelligence patrol mission on the Libyan side of the border in Kufra and accidentally drove into the Sudanese side, where they encountered a Chadian militia who kidnapped them.

“This operation symbolizes an intelligence and political victory for the Sudanese government. The Egyptian soldiers were basically on an intel gathering mission focused on Sudanese military activity with armed Libyan groups. Having the Sudanese discover the mission and go further to rescue the detainees is a big blow,” the officer said.

President Abdel Fattah al-Sisi visited Sudan on July 19, a visit that was set to take place in October, according to an Egyptian diplomat, who previously spoke to Mada Masr on condition of anonymity. According to the source, the visit was moved up after Sudanese President Omar al-Bashir insisted on conducting direct negotiations over the captured soldiers with Sisi in Khartoum.

The source added that Bashir reiterated his request that Cairo dispel Sudanese opposition figures from Egyptian soil in return for the liberation of the Egyptian unit.

This proxy fighting sits alongside tribal conflict that pits the majority Arab Zuwaya tribe against the minority black Tebu tribe, whose homeland stretches across southern Libya, northern Chad, northwestern Sudan and northeastern Niger. There is long-standing friction between the two communities, as the Zuwaya were only able to take possession of Kufra in 1840 by driving out the Tebu.

On Wednesday night, the Tebu Crisis Management Committee in Kufra issued a statement denying their involvement in the kidnapping incident and vowing to comply with official attempts to secure the Kufra-Jalu Road. In the statement, the Tebu committee warned that any security incursions could lead to the outbreak of violence.

“We express our dismay and complete refusal at what happened and is happening in the desert at the hands of outlaws and unknown criminals involved kidnapping and cutting off access to the road in order to use the tense environment inside the area to further unknown agendas,” read the Tebu Crisis Management Committee statement. “We warn against any rash reactions that may bring us back to square one of the violence.”

Kufra has undergone long and intermittent communal destabilization since 2012. However, it has been relatively remained calm since the deadliest fighting in October 2015.

According to an April 2018 report by Washington DC-based think tank Jamestown, the Chadian groups known to be fighting in the area include the Front pour l’Alternance et la Concorde au Tchad, the Conseil du Commandement Militaire pour le Salut de la République and the Rassemblement des Forces pour le Changement. The Sudanese groups are all from Darfur, and include the Justice and Equality Movement, the Sudan Liberation Movement–Unity and the Sudan Liberation Army. The latter two attempted to return to Darfur in 2017 but were defeated by units of the Sudan Armed Forces and the paramilitary Rapid Support Forces.

The 2017 UN Panel of Experts on Libya report described these groups as an “increasing threat.” Sources interviewed by the UN panel state that one branch of the Sudanese Liberation Army has 1,500 fighters in Libya, and not just Kufra. One former Justice and Equality Movement commander, Abdallah Jana, is known to operate with a convoy of at least 70 vehicles, and the Front pour l’Alternance et la Concorde au Tchad claimed to have 700 fighters in Libya as of December 2016. According to the UN report, this number could have increased to between 1,000 and 1,500 fighters.