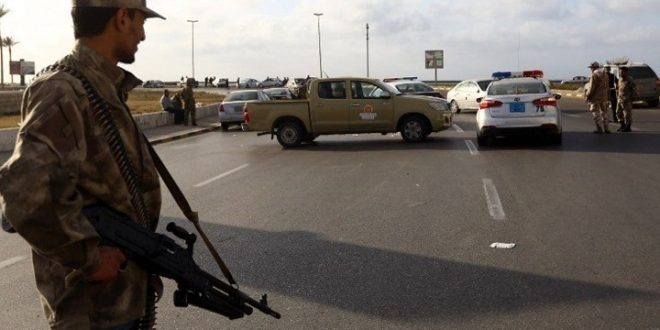 The United Nations Support Mission to Libya (UNSMIL) hosted a meeting today to discuss the consolidation of the 4 September 2018 ceasefire, agree on a monitoring and verification mechanism and begin talks on the security arrangements in the Greater Tripoli area.

The meeting, convened in the western Libyan city of Zawia, was attended by representatives of the Presidency Council / Government of National Accord and the military commanders, security apparatuses and armed groups present in and around the capital.

UNSMIL reported that at the end of the meeting, the parties committed to uphold the ceasefire agreement. They also committed to a signed document that includes establishing a monitoring and verification mechanism to consolidate the ceasefire; the repositioning of armed groups to agreed-upon locations; the development of a plan for withdrawing armed groups from the locations of sovereign institutions and critical infrastructure in Tripoli; and assigning the functions of securing the capital to “regular” police and military forces only.

UNSMIL said that it will continue to engage with attending parties to follow up on the details agreed upon today and confirm their implementation.

It also said that Special Representative to the Secretary-General in Libya and UNSMIL head, Ghassan Salamé, will continue his good offices to announce economic reforms that are key to resolving the crisis, and will work with all parties to reach a lasting and mutually acceptable political agreement aimed at unifying the institutions and stabilizing the country.